Imagery Winery: A Picture's Worth A .08% Blood Alcohol Content 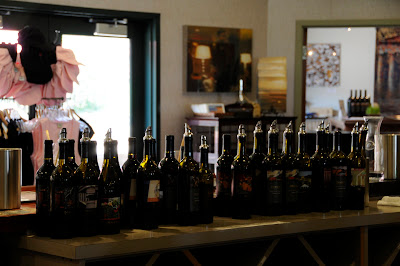 When I first heard the name “Imagery,” it conjured up an image of yet another Sonoma or Napa winery that focuses too much on vision and not enough on wine. You know, the Disneyland winery: many varietals hastily planted, quickly produced, and a tasting room full of knick-knacks, (see Jacuzzi Winery). When I heard that Imagery Winery was an offshoot from Benziger, my prejudices seemed confirmed. Boy, was I wrong.

Imagery wine is experimental, full-flavored, and there are so many varietals that tasting all of Imagery’s wines would take half a day. And what a wonderful day it would be. Each wine has its own personality, and I found the Cabernet Franc exceptionally friendly. Some of the other standout varietals were the Lagrein, Petit Verdot, and Barbera. The winery itself has a nice aesthetic with an almost circular bar for tasting, over 20 drinking options, an impressive collection of over 190 wine-label artworks, and a comfortably shaded picnic area. Each of Imagery’s wine labels feature an original artwork from a wide number of acclaimed artists; the only restriction on the artwork is that it include some representation of the Parthenon symbol, which is the winery’s signature. 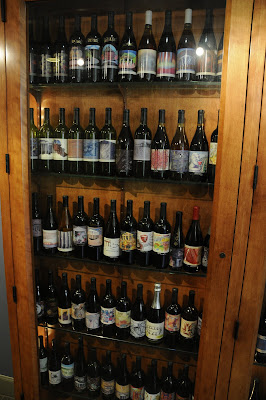 Imagery also isn’t an “offshoot” of Benziger. Well, not exactly. Benziger winery, lead by Winemaker Mike Benziger, began producing wines of critical acclaim in 1981. By 1985, the Imagery series was born through a few plots given to the “winemaking team” to experiment with. In 1990, Joe Benziger became the primary winemaker of the Imagery Winery, and in 2000, the winery was given it’s own, separate facilities and tasting room. So, Imagery has been with Benziger from almost the beginning.

During a brief discussion with the man behind the bar, I learned that Imagery uses biodynamic farming. Biodynamics is a wholistic approach to farming conceived by Austrian-philosopher Rudolf Steiner in 1920. Steiner is best known for his concept of Waldorf education. How much of Steiner’s theory Joe Benziger adopted is not certain, but Steiner’s basic idea is that a farm should be treated like an individual, living organism, which I find fascinating, though I’ll understand if you skip to the last paragraph. To keep the farm happy, the farmer must develop a cyclical process of give and take using a series of complex manures. For example, manures may contain chamomile blossoms stuffed into the small intestines of cattle or valerian flowers extracted into water. I doubt if Joe Benziger uses either concoction.

What Joe Benziger has done is create a wildlife sanctuary on the estate to help promote a natural predator/prey relationship; he's developed a watershed and composting area to break down winery wastes for reuse; and, of course, he has not used artificial chemicals. He says that biodynamic farming has allowed him to keep the fruit on the vine longer without as much decay, which has in turn allowed him to extract a more full flavor from the grapes.

The jury is still out on Biodynamics. Some studies have shown it to work, but a long-term study involving California vineyards has found no conclusive results that it works. I, however, will gladly stand up for the practice, since Imagery wines are some of my favorites in Sonoma Valley. 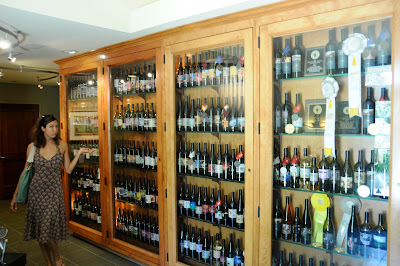