Wine-Tasting My Way Through the 2010 Harvest in Willamette Valley 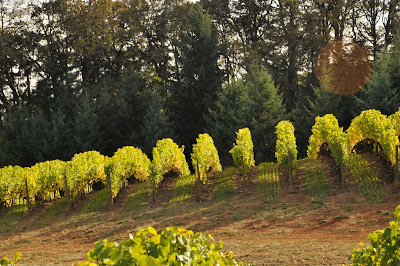 I went wine-tasting in Willamette Valley this weekend. The fruit is still on the vine, so I haven't been doing much at Dobbes Family Estate winery except training and cleaning the equipment in preparation for the fruit. I started the day at Dobbes to get some winery recommendations and to taste the Dobbes Family Pinot Noirs. Man was I impressed, and I'm not just saying that because I'm working there. I've actually been kinda bored and unimpressed by Oregon's Pinot Noirs as of late. Many of them lack character and are over-priced. I wouldn't call myself a Cabernet Sauvignon and Zinfandel/Primitivo guy, but I'm pretty much a big wine guy. I LOVE---with a capital everything---complexity: something many Oregon Pinots are lacking. At least, I thought.

It turns out that I've been drinking the wrong wines. I had a great trip through Dundee Hills and the North Valley (click here for a map). The Pinot Noirs at Dobbes had the depth that I need. I really enjoyed the cuvées, particularly the 2008 Grand Assemblage and the 2008 Skipper's Cuvée, which pack a lot of earth and spice. The single-vineyards were more elegant for the most part, particularly the 2008 Meyers Vineyard. If I had a load of money, I'd definitely pick up the 2008 Meyers Vineyard. But since I don't, I'm gonna go with a wine that packs more punch-per-dollar, and the cuvées are first on the list.

One thing that really impressed me was that each wine had its own personallity---even with 7+ Pinots made each year, the Dobbes Family wines were unique individuals. 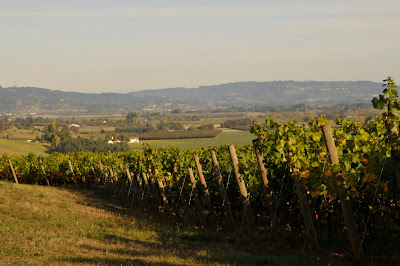 Arbor Brook Vineyards also rocked. Winemaker Dave Hanson---who was pouring his wines---was a pleasure to speak with. His wines are definitely Burgundian, and his Pinots feature clones carefully chosen from Pommard and Dijon. Dave's a guy with a vision, and he had such a particular way of talking about the different layers of soil in different vineyards that I couldn't help but stand in awe. He is certainly a terroirist, and it was a fun way to taste the differences between Oregon-style and Burgundian-style-but-made-in-Oregon Pinot Noirs.

He, like most winemakers in Willamette, is very excited about the 2010. "We are in uncharted territory this year," he said. Who knows what will result?

He also told me about the concept of "200% oak." It is the brainchild of a French-design-cum-winemaker whose name slips the tip of my tongue. It involves aging a wine for 10-12 months in new oak, then aging it again for 12-18 months in new new oak. I would think that 200-percent oaking would result in a disgusting wine, but the 2008 Vintner's Select Pinot Noir, which underwent the treatment, was excellent. The oak was not overwhelming, and the wine was a gentle beast: exceptionally massive yet submissively fruity. 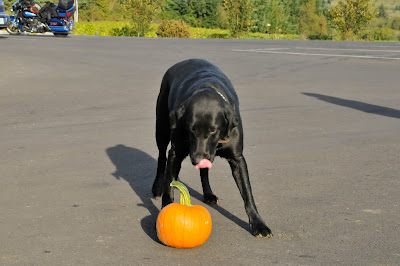 So, I'm beginning to change my mind about Oregon Pinot. But why has it taken so long to find these wines? Why aren't they better-represented in restaurants? Is it merely that they're outside of my price range or are the knock-offs dominating the market? Are we looking for a good deal at the cost of complexity? What's your favorite inexpensive Oregon Pinot Noir? For me it's simple: Wine By Joe's 2008 Pinot Noir at $11 bucks.
Email Post
Mattie John Bamman
After more than a decade as a travel writer and restaurant critic, I moved to Maine with my wife to start a homestead. I created Ravenous Farmer to inspire others to live more sustainable and fulfilling lives.