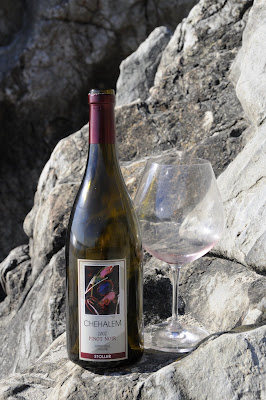 To celebrate two years of drinking just enough wine together, my girlfriend and I grabbed two bottles that we'd been saving and headed north to Stinson Beach, California, and the little town of Bolinas. Sitting on the sunny beach, we uncorked the first and most important bottle: a 2002 Pinot Noir from Chehalem Winery.

2002 is a famous year in Willamette Valley, Oregon, for three reasons. First, the valley enjoyed an early, warm growing season that allowed grapes to begin developing early than usual. Second, a brief rainy-period took place in the early fall, right before harvesting, which helped to stabilize the wonderful sugars and acids. Too much sugar in grapes results in a high brix reading which can lead to 'hot' or high-alcohol wines (I know it sounds like a good thing, but it isn't) and the acids in grapes are responsible for a wine's aging potential. Lastly, the harvest season was not rushed due to threatening frosts, which is highly unusual for Oregon, and instead lasted an entire month, resulting in fully ripened fruit. Fully ripened fruit helps winemakers retain acidity in wine and create rich, highly concentrated wine.

What this really means is that the Pinot we drank was exceptionally balanced. 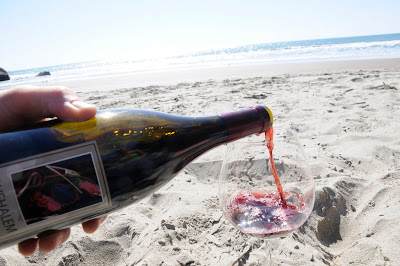 Chehalem Winery creates their Pinot Noirs in the tradition of Alsace, France. One element of this tradition is to allow the specific character of a region's climate during its growing year to come through in the wine. Some winery's prefer to manipulate the grapes more in order to control the final wine. Alsatian winemakers and Chehalem owner Harry Peterson-Nedry prefer to taste the year in their wines.

As for me - could I taste it? Let's just say that, at $60 a bottle, it was the most expensive bottle of wine I'd ever bought. I knew I had to buy it when, while tasting at Chehalem winery, my girlfriend and her sister began drawing hearts on the wine description. On the beach, it tasted wonderful and then was gone. 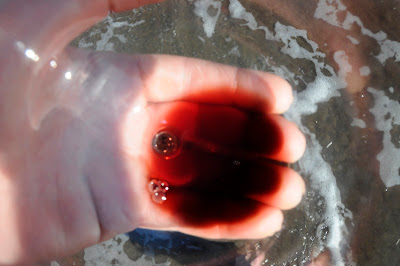 (2nd bottle to be announced shortly...)
Email Post
Mattie John Bamman
After more than a decade as a travel writer and restaurant critic, I moved to Maine with my wife to start a homestead. I created Ravenous Farmer to inspire others to live more sustainable and fulfilling lives.