Getting To Know Dolcetto - Brutocao, 2006 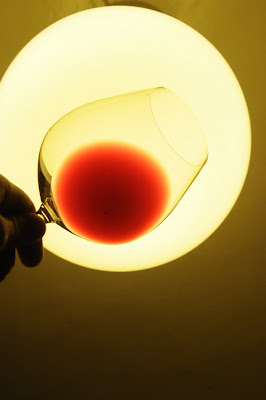 The dolcetto grape is not wildly popular in the United States, but has many of the same qualities as a Pinot Noir and Beaujolais. The Piedmonet-grown varietal is very light, but filled with delicate hints of fruit and rich licorice. The fact that I like this wine despite this licorice flavor should say something right off the bat. The most striking characteristic of dolcetto wines is their high level of acidity that result in strong tannins at the very end of the finish. It wouldn't be an Italian wine without the appearance of acidity, now would it?

Dolcetto grapes are commonly called Douce Noire in the Savoie region of France (think: French Alps) and Charbono in California. Due to some recent conflicts about true DNA, the grape varieties grown under these names have been proven to be different varieties than Dolcetto. Perhaps that is is why Brutocao Winery in Anderson Valley chooses to use the Italian name of the grape on their bottles.

Brutocao Winery first earned my respect when my girlfriend brought home a bottle of their Primitivo (the same DNA as California Zinfandel) from an Anderson Valley trip. When I visited the winery myself, I learned that Winemaker Fred Nickle had a lot more up his sleeve. The day we arrived their wonderfully acidic Chardonnay was on sale for $4 a bottle! Don't think we didn't take advantage. But the Dolcetto was the wine that really stood out - it was perfectly light, with the nice tartness of cranberries, and a beautiful tannic finnish that made it a perfect food wine. We enjoyed our bottle with stuffed mushrooms and a simple pasta of fresh, sliced tomato, arugula, lots of garlic, and lots of olive oil. 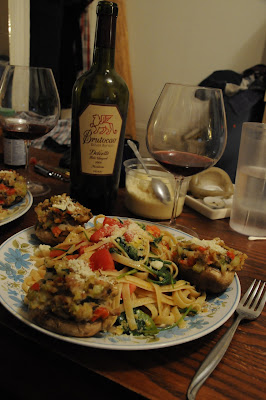 Even though Dolcetto is meant to be drunk young, I suggest allowing it to breathe fifteen minutes to a half hour before drinking. By then, the sharpness of the acidity resides to reveal its bright and rich characteristics. Brutocao grows its own Dolcetto grapes on its Feliz Vineyard near Russian River and a bottle of Dolcetto costs $18.
Email Post
Mattie John Bamman
After more than a decade as a travel writer and restaurant critic, I moved to Maine with my wife to start a homestead. I created Ravenous Farmer to inspire others to live more sustainable and fulfilling lives.