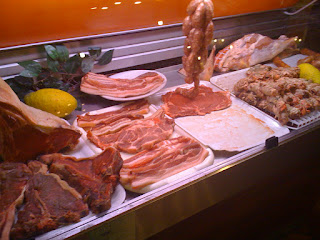 Filed under: The Ongoing Mushroom and Wine Pairing Experiment 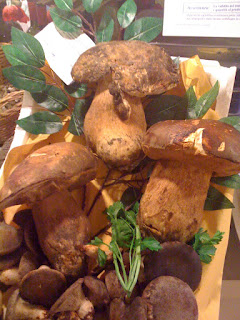 I experienced a mushroom smorgasbord, the likes of which I’d never even conceived of, at a restaurant in the town of San Donaci--the village where Candido Winery is located. It was the perfect next installment for the mushroom experiment. We paired a house-made Primitivo, which held up very well with the mushrooms, maintaining its fruit and silky mouthfeel throughout the meal. I look forward to testing more Primitivos and Zinfandels, because the grape often displays the very characteristics that mushrooms usually assault. Umami in mushrooms is known to mask aromas and elevate wine textures such as acidity, tannins, and bitterness. Primitivos made in Puglia have big, jammy noses--sometimes too fruit-forward--making them difficult to dent. Further, Puglia’s Primitivos are rarely on the dry side, making bitterness and acidity unlikely.

We began with the Italian version of fondue, called fonduta. Two steaming, bubbling clay pots of cheeses with mushrooms arrived, the tops of the cheeses broiled a crusty brown. Unlike fondue, fonduta is not meant to be eaten with bread, and gooey slices of cheese (more like spoonfuls) were cut out and served on plates to be eaten with a knife and fork.

Next was something beyond belief. The restaurant owner had set up a proud display in the center of the restaurant for five humungous porcini mushrooms (only three after we left!), freshly procured from the north of Italy. It was a surprise for the diners as much as for the owners, who said that they had them seemingly randomly delivered to their doorstep in the middle of winter. The mushrooms’ papers were proudly displayed beside them. It was my first time seeing the bulbous porcini in person, and they were stunningly large. Of course, eating them raw was something else. 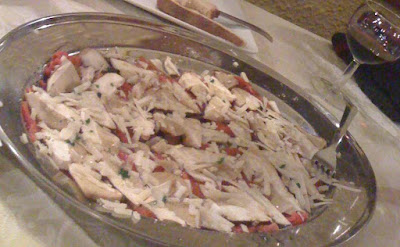 Served on top of thickly sliced beef carpaccio, the porcini were the most flavorful mushrooms I’d ever eaten. Whether cooked or not, the powerful porcini flavor is apparent. I’m not a big fan of beef carpaccio, but when something works, it works. 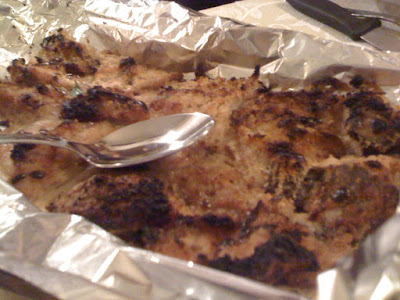 Next came two scalding pans of brick oven roasted mushroom. One pan held breaded mushrooms, the other plain. These two dishes were underwhelming and I found myself chewing on dirt a few times. But what’s a little grit besides proof that what we were eating was authentic?

Finally, we ended with porcini and bufala mozzarella pizzas. The chef twirled the dough in the air while making them--even smacking it off the 20-foot ceiling a couple times--which isn’t my style, but the flavors were there.

To continue with the experiment, I'm testing Botrugno Winery's Primitivo with papardelle and wild, local mushrooms tonight. So far, it's a good pairing.
Email Post
Mattie John Bamman
After more than a decade as a travel writer and restaurant critic, I moved to Maine with my wife to start a homestead. I created Ravenous Farmer to inspire others to live more sustainable and fulfilling lives.

Your pictures as well as your descriptions continue to make my mouth water. The portrayal of the mushrooms brought awareness on many levels from the minds eye to the earthy essence experienced sitting right here. Bring them to the table gives another way to think about eating and enjoying food. Ah, one must eat a peck of dirt before they die. Why not with a bottle of good wine? BB
February 7, 2010 at 11:56 AM