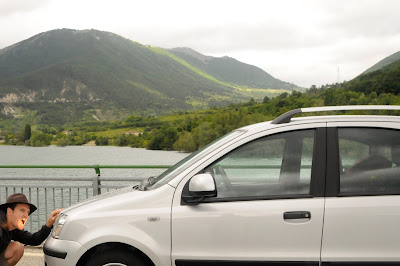 A recent blog post by Tom Hyland lambasting Wine Spectator's Matt Kramer couldn't have been timed more perfectly. Kramer wrote a blog post bemoaning the fact that Italian wines are difficult to understand. I was just writing this post---inspired by a recent trip to Abruzzo that will be featured on EuropeUpClose.com---which focuses on the region that Kramer found difficult to understand, so here's what I was writing: 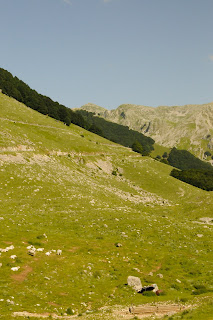 The Abruzzo wine scene is easy to understand, primarily because it only offers four important wines: Montepulciano D'Abruzzo, Trebbianno D'Abruzzo, Pecorino, and Cerasuolo D'Abruzzo. You might think Hey, what's up with the need to name wines after your region (e.g. D'Abruzzo)? I mean, isn't a Montepucliano a Montepulciano? It is true that Italians are generally very proud of their own towns (Graffiti slays every concrete wall [of which there are many], often saying Odio Roma, Odio Milano, Odio Amalfi. Odio means I hate) but the qualifying D'Abruzzo is actually useful.

I'm going to talk about Montepulciano D'Abruzzo last, because it is by far the most important wine produced in Abruzzo, and requires the most explanation.

I personally do not like wines made with Bombino (recently tasted Illuminati's 2007 “Costalupo Bianco" [65%Trebbiano D'Abruzzo] and it was too rustic, too stemmy, which are two qualities that I find over and over again with Bombino wines). Try pairing a Trebbiano D'Abruzzo with seafood. Also, it wouldn't hurt to decant it. 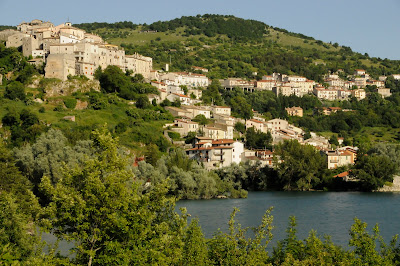 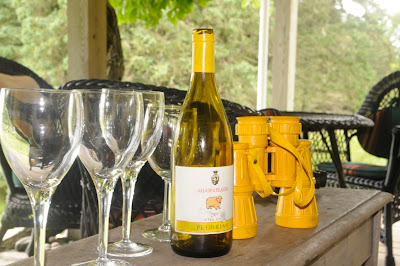 This next grape is one that I've only recently come across, and man, do I love it. Wines made with Pecorino are strange and expressive, and absolutely fabulous when paired with seafood dishes. The white wine on its own is too bark-like, too sour. When put with seafood, this sourness turns into a citrus zest, and its fruit is drawn out, specifically cantaloupe. The main difference between Pecorino and Trebbiano D'Abruzzo that I've noticed is the ability of Pecorino to lighten-up and become crisp. When Pecorino becomes citrusy, Trebbiano D'Abruzzo remains dull. I recently tasted Saladini Pilastri's 2009 "Offida" D.O.C. paired with cozze con pangrattato (mussels with breadcrumbs) and it was superb. 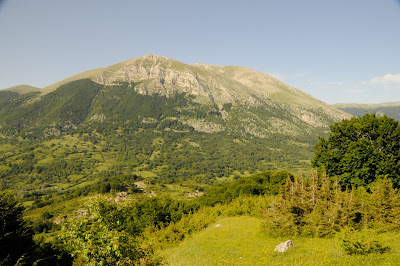 A rosé (rosato in Italian), Cerasuolo is made using the Montepulciano grape. Again, the "D'Abruzzo" comes into play because this rosé should not confused with the D.O.C.G. growing region, Cerasuolo di Vittoria, which is located in Sicily and features primarily Nero D'Avola and Frappato grapes. I've never tasted this wine, so I'll leave it at that.

Here's the big boy. One of the---if not THE---most popular red wines made in Italy, Montepulciano D'Abruzzo can be found in wine stores everywhere in America. The Montepulciano grape is capable of being aged, but I prefer it young and fresh. The wines are inexpensive, yet often of high quality. Do not expect fireworks; expect a fruity, dark red that's ideal for lunch. 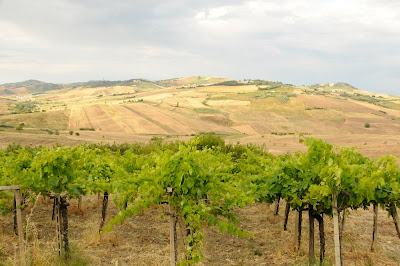 The "D'Abruzzo" is especially important here, and I believe that Montepulciano is one of the main perpetrators of the confusion associated with Italian wine. There are two wildly popular yet completely unrelated wines with the name Montepulciano, 1) Montepulciano D'Abruzzo, and 2) Vino Nobile di Montepulciano. This latter wine is made with the Sangiovese grape (the grape used to make Chianti and Brunello di Montalcino wines) and tastes nothing like wines made with Montepulciano.

I was lucky enough to visit Abruzzo and taste its wines alongside its food thanks to EuropeUpClose.com and Abruzzo Cibus Culinary Tours. To read more about my trip, click here.
Email Post
Mattie John Bamman
After more than a decade as a travel writer and restaurant critic, I moved to Maine with my wife to start a homestead. I created Ravenous Farmer to inspire others to live more sustainable and fulfilling lives.