From the What's the Difference Between Zinfandel and Primitivo Anyway Department 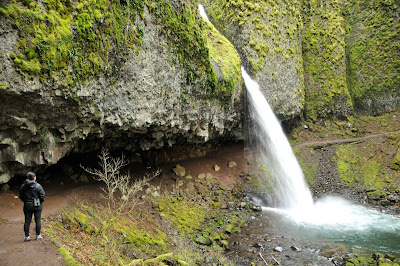 The wine tasting trip began with a bang. We passed the tallest waterfall in Oregon, Mulnomah Falls (pictured in the post below), and the I-84 took us along the Oregon bank of the surging Columbia River. The dramatic landscape continued until we arrived in the small town of Hood River, where signs advertised wineries with clear driving directions. I most wanted to visit Marchesi Winery, which features Primitivo, Barbera, Sangiovese, and Dolcetto wines, along with Pinot Noir and Pinot Grigio. Unfortunately, our wine tasting trip hit a road bump: the winery is only open Friday-Sunday. Bummer. 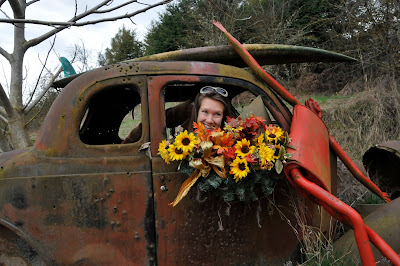 Cathedral Ridge Winery was just a couple minutes away, offering a massive selection of wines and a tasting of any 6 for $5. It was nice to see Cabernet Sauvignon, Syrah, Zinfandel, and others alongside Pinot Noirs. Next, we visited Pheasant Valley Winery (also $5 for 6 tastes), which also offered a large selection of wines. Interestingly, the winery was getting ready to bottle its first vintage of Primitivo. I asked the guy behind the bar why the winemaker decided to label the wine "Primitivo" instead of "Zinfandel." "The vines are certified Primitivo vines," he explained, which is a pretty curious concept: Zinfandel and Primitivo are genetically identical grape vines. I've always assumed that the real difference between them is the fact that Primitivo vines are grown in Italy and Zinfandel vines are grown, primarily, in California. This was a rare opportunity to get to taste a Primitivo wine made from a vine sourced from Italy (likely from Puglia) then raised in Oregon's the highly unique environment (check the bottom part of this blog post to learn more about Oregon's strange growing environment). 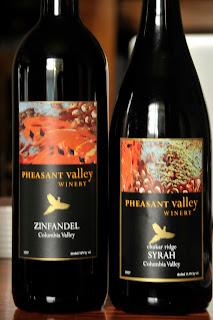 Luckily, our man took off into the winery with a glass and returned with some unfiltered Primitivo. "It's going to taste a little thicker since it hasn't been filtered," he explained. Tasting it side by side with winery's Zinfandel, the differences were clear. The Primitivo was medium bodied and jammy with dark fruit, while the Zinfandel was lighter, spicier, and brighter. I don't think the Primitivo had a larger body simply because it hadn't been filtered. So, the different vines, the Zinfandel from the US and the Primitivo from Italy, clearly resulted in different wines even though the vines were genetically identical (Even wines and vines for ya?). If you make it to Pheasant Valley, make sure to try the 2007 Estate Organic Pinot Noir, which is drinking excellently right now.

If you're ever wondering where to eat in Hood River, I can't recommend the White Buffalo Wine Bar & Bistro enough. It is a hole in the wall with class, cafe-style tables with wine-store style wine racks on every wall, and everything it serves is made from scratch. They recommended a strange but good red blend by Erin Glen Vineyards called Tantrum ($22) and the chicken pot pie had a lattace-work of homemade crust. Mmmmm. "We have to make sure the servings are large enough because a lot of truck drivers pass through," explained our waitress. Now that's what I'm talking about! 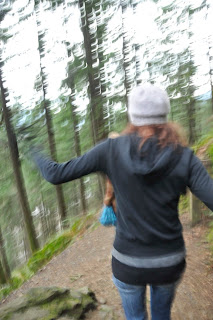 We ended it all with a drive along the Historic Columbia River Highway and a short hike.
Email Post
Mattie John Bamman
After more than a decade as a travel writer and restaurant critic, I moved to Maine with my wife to start a homestead. I created Ravenous Farmer to inspire others to live more sustainable and fulfilling lives.