This dish accentuates crab like no other. Crab is so easily obscured by the ingredients it's paired with that I never feel as though I've had enough. With this dish, the texture and flavor of the crab are at the forefront. The crab "pops" with flavor. Mattie and I first had it at a dinner party in San Francisco, and it was prepared by a woman named China who grew up in the South. Shockingly flavorful and rich yet delicate and succulent, crab grits has run through my mind ever since. I never did get a recipe, so I pulled out the ol'let's see what happens, which, if you've been following along, is one of Mattie's and my favorite activities. It turned out great, so I thought I'd share the recipe. It's really simple, fyi. 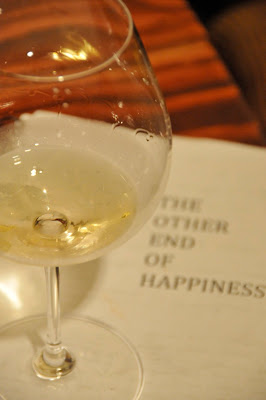 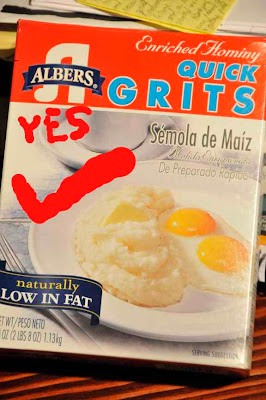 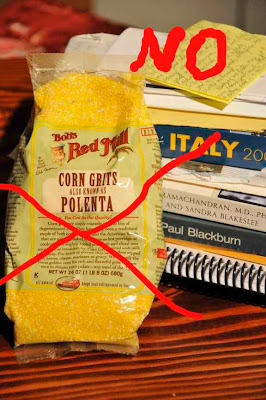 1: We'll cut the corn from the cob and add it to the grits. First, boil it on the cob for 8 minutes then set aside to cool. When it's cool, slice off the kernels, making sure not to cut off any of the cob. Set aside. 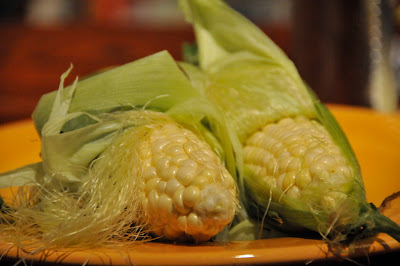 2. Prepare the grits following the recipe on the box (boil water with all salt, slowly stir in grits and cook on low heat until creamy; 5-8 minutes). As you see, we used "quick grits," which didn't take away from the flavor or texture in the least. In another pan, saute the crab and any crab juice in the butter on low heat. This is just to infuse the butter with crab flavor, so make sure you don't brown it. Turn off the heat when you think it's had enough. 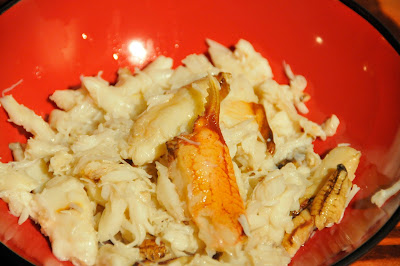 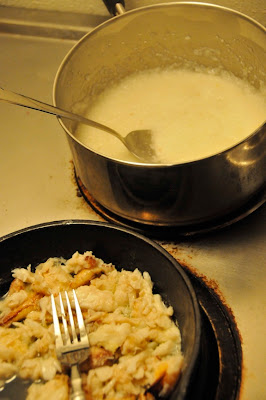 3. We had beets with shallots and tarragon and steamed green beans with olive oil and sea salt on the side. To make the beets, simply slice the beets then boil until tender; saute a few shallots in olive oil; add the beets and a 1/2 tbsp tarragon and cook until the flavors meld (1-2 minutes). 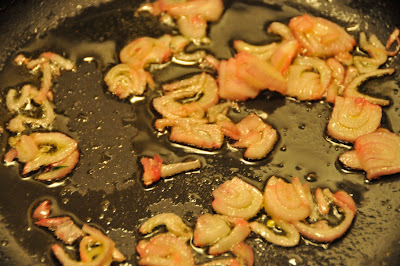 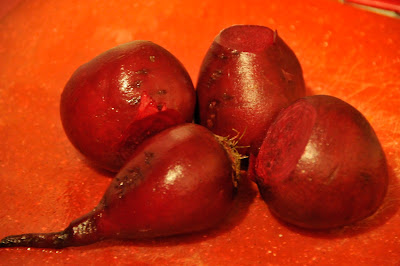 4. Did I forget to say: Open the wine? I'm sure you're already ahead of me. Open that buttery chardonnay! We had Sonoma-Cutrer's 2008 Sonoma Coast Chardonnay. It paired perfectly. Mattie and I found it in our local Safeway grocery store for $21. 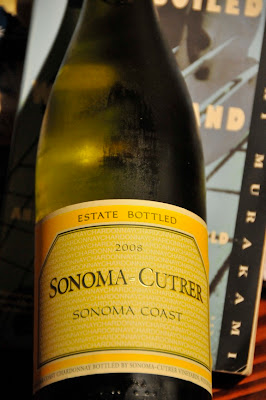 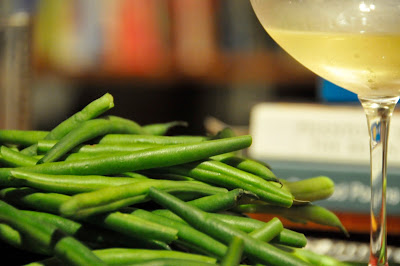 5. When the grits has thickened and gotten a creamy texture, add the crab and corn. You might not want all of the corn, so do a little taste test (WARNING: very addictive). Cook until it's all hot, and you're done. 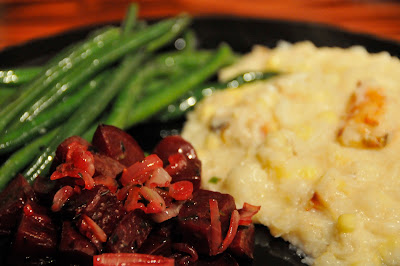 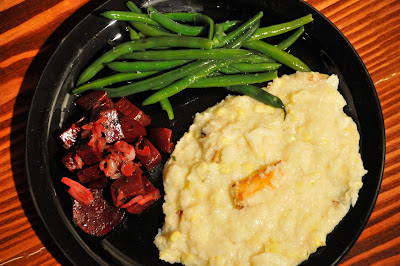 It's berry season in Oregon, and for dessert we had a raspberry-blueberry tart/crumble. 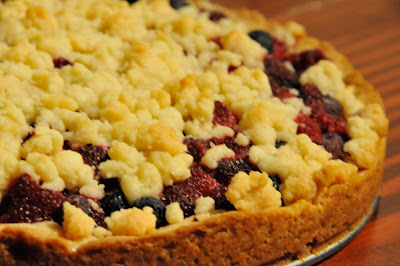 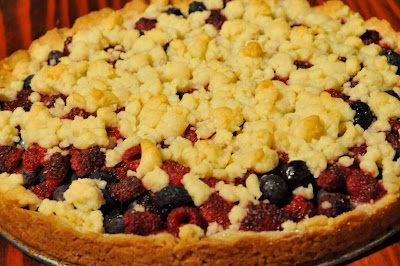 My aunt and uncle just wrote that it's crab season in Maryland. Looks like they're havin' a good feast. Hope everyone's enjoying their blue crab, snow crab, and Dungeness crab. Enjoy the recipe and write in with any questions! —Kristin