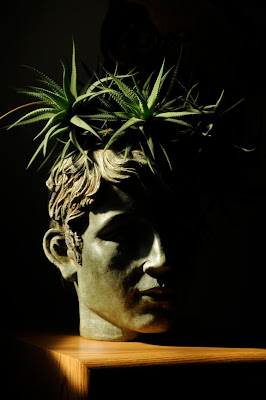 Join A Group of Mercenaries and Get a Free Vineyard!

The Telegraph: The French Foreign Legion is currently enlisting down and out gents from around the world. Can’t afford alimony? Don’t care about living now that your love’s abandoned you? Join this fight-to-the-death group of mercenaries and you just might get the easy job: tending the Legion’s personal vineyard in Provence. Either that or get sent to Libya.

A Quiet Night of Wine, Celebrities, and Zombies

AFP: Christopher Lee was named the Dracula of Wine at the Grossmann Film and Wine Festival in Slovenia. Alright I made that award up. But he was given a life time achievement award. Either way, the festival is fully dedicated to celebrating horror movies and fine wine. Sounds like heaven to me.

Boston Globe: Some U.S. wineries are selling their wine in keg form to restaurants and bars. Vino sfuso has finally reached our backward little country? Excellent. My 2 cents: Don’t sell your wine in kegs. Put it into mobile trucks and sell it door to door, refilling 5 liter jugs as you go. You won’t have to sell major tap systems, purchase bottles or kegs, or pay people to bottle or keg your wine. We all want it. We’re just sitting around man, waiting…

My Computer's Been Drinking Again

MSNBC: An artificial, electronic tongue has been developed to taste test wines. The image alone is enough to make me switch to beer. But, like most ventures in robotics, this one sounds cooler than it actually is. Basically this instrument, which doesn’t look like a tongue, just measures sweetness. Still, it's kinda creepy.

Where Do These People Come From?

News 10: Would you pay $28 for a half-once of wine? Yes: It is a rare wine. But a half-once taste is pretty difficult to fathom. Personally, I’m leaning towards the once-and-a-half pour for $84.