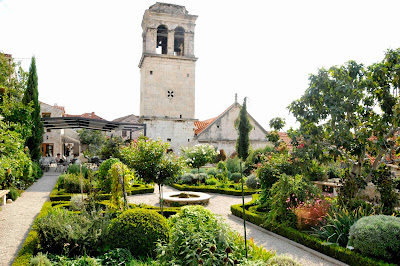 One of the greatest of all Roman emperors, Emperor Diocletian, lived along Croatia's Dalmatian Coast. Here retired, actually giving his throne away, and immediately grew paranoid. Instead of chillin' on one of Croatia's 2,244 islands, he built a giant palace. But he was so freaked out by assassins that he built only one entrance and zero—that's right, zero—windows. Imagine being king of the world but not being able to look outside?

For Straight-Up Food Shots, click here.
Email Post
Mattie John Bamman
After more than a decade as a travel writer and restaurant critic, I moved to Maine with my wife to start a homestead. I created Ravenous Farmer to inspire others to live more sustainable and fulfilling lives.