Is Anyone Really Intimidated By Wine? 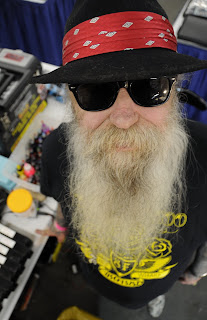 I mean, really? A bottle of alcoholic grape juice? We've drank something similar to wine since pre-school if I remember correctly... I just don't buy that Americans are actually self-conscious or, let's just say it, frightened by the concept of wine. Sure, once a long time ago it was the drink of the elite, the counts and the barons--people who could store wines for ten-twenty years in good conditions--but most of today's wine isn't made like that, and this fact in itself proves that no one's intimidated by wine: The wine-buying public isn't Old World. (Photo of Legendary tattoo artist Rick Walters)

We like friendly wines that can be drunk young--for example, most Zinfandels begin to fall off after eight years in the bottle--and that's what we buy. How many times have I heard people say that the one thing they aren't looking for in a wine is that it is dry. Today's palate prefers exciting flavors, uniqueness, an approachable character, and a silky smoothness. In short, we look for the same qualities in our wines as we do in our friends. And who'd lock their friend in a basement for ten years?

So, if I hear one more wine writer gush about making wine accessible to a fearful public, I'm going to send them a bottle of Salice Salentino to show them that it's already been done. Look at the facts: More people are drinking wine in America than ever before. And most people consider themselves relatively knowledgeable about the wines that they are drinking. Like most things, you can take it as far as you want to. You could study enology and put your refractometer into a newly opened bottle of Primitivo. You can read this incredibly funny, intelligent, and enlightening blog post by Arjun on the molecular facts of sulfur and sulfites in wine.

The truth is, winelovers are often people who enjoy the good things in life, and I don't think that this characteristic is closed to anybody. 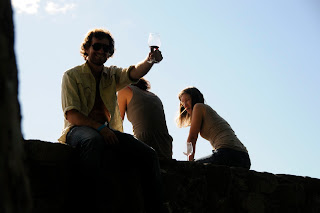