I led a wine tasting the other day… 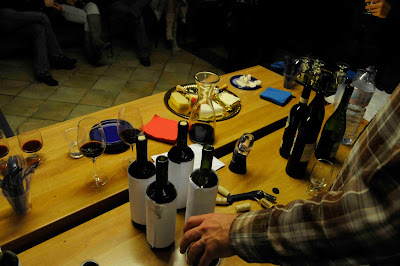 I led a wine tasting the other day at an English school in the south of Italy. It was my first time choosing wines, developing my spiel, and fielding questions, and I think it went pretty well. I began with a 50-euro budget for 30-40 people, and managed to squeeze 14 wines from it, at an average of 3.50 (nowhere else but in Puglia is this possible). I knew all of the wines except one, which turned out to be a mistake (more about that in a moment). The most interesting aspect of the event was that suddenly realized what an unfamiliar thing a wine tasting can be in the south of Puglia. 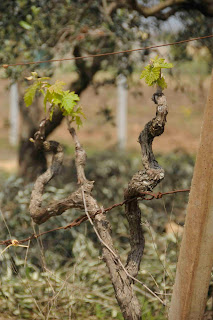 First of all, I've read more than once that the region's bars and restaurants significantly outsell wine with beer and spirits, so wine just isn't on many people's minds. It's more of an accompaniment to food for old people than an artform. One young guy told me that we needed to break out the beer, and it took me by surprise: Hadn't we already broken the wine? Apparently the good ol' Bohemian idea of a jug of wine and a book of poetry wasn't going to go far in this situation.


I devised a few games to get the competitive spirit going and to entice people to test out their palates. The first game involved two unknown wines, and you had to guess which was made using oak barrels and which using stainless steel tanks. Next, which wine made using Negroamaro and which using Primitivo. I thought it was a good way to get things going, but it turned out that most people were only interested in the first wine of the night, a Riesling from the Friuli region, and this simply because it was sweet.

Sweet wine and Puglia have frolicked hand in hand for centuries and it's only now that winemakers are getting serious. I think that sweet red wines, unless designed to be drunk with dessert, tend to obscure the natural flavors of the grape. It is local tradition that will likely remain local, and which had me fielding the question, “Which one’s the sweetest,” like a million times. 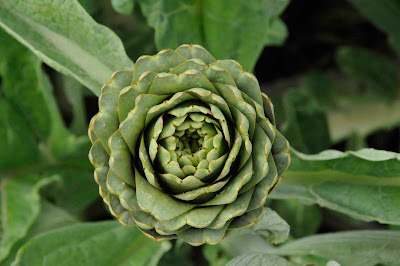 The one wine that I hadn’t tasted before was a Dolcetto D’Alba, and because I’m usually a fan of Dolcetto and because it was the most expensive bottle I bought I thought I was playing it safe. Unfortunately it was a double loser both because I had to explain that it wasn’t a sweet wine and because it tasted atypical for Dolcetto.

The second game I devised was to guess which of two wines was made in France and which in Italy. In the end, about 8 people got into the whole game concept who seemed genuinely interested in testing out their own senses. Five bottles of wine were left untouched, and four or so mostly full. It was very rewarding to speak with a few folks who had a real interested in wine, and who knew how to ask the right questions, but it seems that winetasting in Puglia is still an unusual concept. Wine is too common place, too obvious to consider an artform. 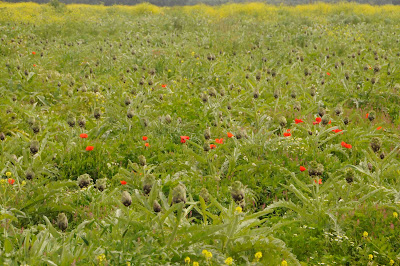 (Above: Artichoke season in Puglia)

As the world continues to become interested in wines from Puglia, perhaps this will change. The winemakers are already making world-class wines. One of my primary goals right now is to create an organized structure to help travelers taste wine in Puglia. The wineries are definitely into it, as I’ll follow up in my next post. Salute!
Email Post
Mattie John Bamman
After more than a decade as a travel writer and restaurant critic, I moved to Maine with my wife to start a homestead. I created Ravenous Farmer to inspire others to live more sustainable and fulfilling lives.