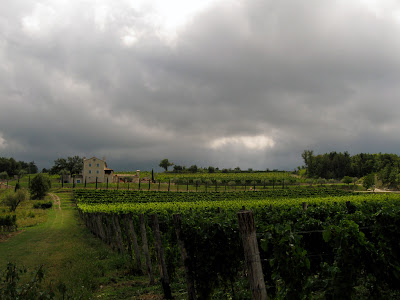 Wine writers and wine lovers from all over the world are going to celebrate Croatian wine with a Twitter tasting, and since I live on the west coast, I'll be drinking at the ungodly hour of 8am, Saturday morning! In Zagreb—and at 5 PM Croatian time mind you—wine tweeter Cliff Rames (of Wines of Croatia) will moderate a Twitter tasting and lecture on the power of Twitter and wine marketing; you can read all about it here. Consider this your invitation to drink early in the morning with the professionals! We'll sample three Croatia wines, and, though anything can happen during a Twitter tasting (and I mean anything), I expect we'll swap tasting notes and outline the general characteristics of Croatian wine, such as the most popular grape varieties and the flavor profiles of the resulting wines. It will be a great opportunity to learn about Croatian wine from a group of people who have their tongues to the ground. So pour out the Corn flakes!

My good friend, colleague, and fellow wine devotee Marcy Gordon (of Come for the Wine wine blog) will be there, as will wine celebrities James the Wine Guy and Richard Jennings. We'll be using the hashtags #WoCroatia and #ZWGW. 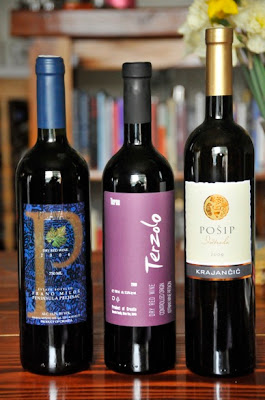 I was absolutely blown away by the wines that I drank in Croatia last fall, from the bone dry, highly ageable plavac mali reds from the southern coast to the friendly Posip whites from the Dalmatian Coast and the dynamic Terans from the Istrian Peninsula. I expect that Croatian wine will become a familiar feature in U.S. wine shops over the next decade, and whether or not you make it to the tasting, try out a bottle of Croatian wine for yourself. If your local wine shops don't have any, ask them to consider stocking some, or order straight from Blue Danube Wine Company, which is one of the main U.S. distributors.
Email Post
Mattie John Bamman
After more than a decade as a travel writer and restaurant critic, I moved to Maine with my wife to start a homestead. I created Ravenous Farmer to inspire others to live more sustainable and fulfilling lives.