This article is part of the one-month road trip series, The Great Northwest North American Wine Road Trip. Follow along in real time on Twitter with the hashtag, #NWRoadTrip.


Ardiri Winery, located in the northern Willamette Valley, gives you the unique opportunity to taste pinot noirs from California and Oregon produced by the same winemaker side by side. Let the games begin! 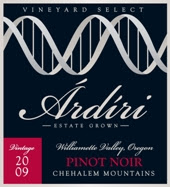 But before we get to this fierce California/Oregon rivalry, I've got to tell you about the insane deal that Ardiri is offering this 2013 Memorial Day Weekend: They are selling 5-bottle jugs of their 2009 Estate Pinot Noir for $59! That's $12 a bottle for pinot noir produced by a boutique producer. Last year, their 5-bottle jugs sold out fast, and, this year, they're only releasing 120 jugs—so make sure to visit them asap.

While you're there, you can taste verticals (flights of the same wine from different vintages) of their Los Carneros and Chehalem Mountain pinot noirs. Tastings cost $10 (refunded with 2-bottle purchase), and they're open Friday-Sunday year round (by appointment Wednesday and Thursday, too). These pinot noir wines are made from the same clones by the same winemaker, and it's a fun way to taste the contrast between terroirs. Ardiri also makes the Due Stati pinot noir, a wine made of both California and Oregon grapes. 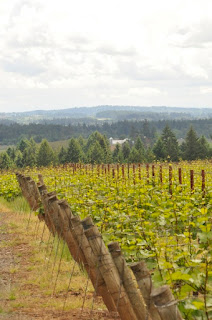 As you'd probably suspect, the California pinot noirs were more fruity thanks to a warmer climate and the Oregon pinots had more herbal flavors. I tried to step outside of my Oregonian "house palate," and my favorite wines were actually from both states:


Ardiri's wines come at a great price, and every bottle is $30 or less. The winery has tons of seating options, and it's a good place to enjoy a picnic with views of the valley. In fact, many of the seating areas at the winery have their own fireplaces.

Portions of this article included information obtained during a press trip funded by the Washington County tourism board.
Email Post
Mattie John Bamman
After more than a decade as a travel writer and restaurant critic, I moved to Maine with my wife to start a homestead. I created Ravenous Farmer to inspire others to live more sustainable and fulfilling lives.