Have you ever met a couple that just rocks? That's Gavin and Shana Miller, owners of Upper Bench Winery and Creamery, in the Okanagan Valley. Gavin makes wine; Shana makes cheese; and a more perfectly paired couple there could never be. 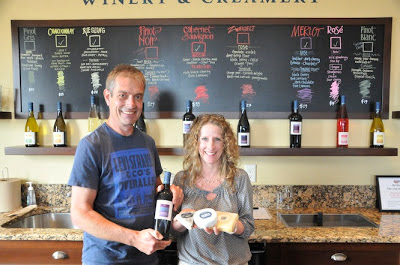 Shana welcomed me to Upper Bench. She makes all of her cheese onsite and sources all of the milk from British Columbia dairy farms. One of her assistants, a hard-working, cheese-loving young lady, was rocking out in the humid creamery to her favorite tunes. Steam bellowed and her body swayed to the music while she made the day's cheese, following Shana's precise methods and recipes. 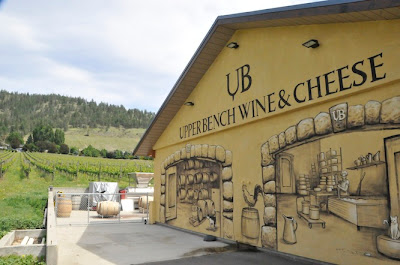 In the tasting room, Gavin appeared, and he explained his winemaking background. Gavin had made wine in the Okanagan Valley for many years, working for some of the best-known wineries in the region, including Painted Rock and Poplar Grove, before teaming up with Shana and his partners to start Upper Bench in 2011. To make his wines, Gavin primarily grows or sources grapes from the Naramata Bench, one of the most famous and well-regarded grape-growing areas of the Okanagan. Upper Bench and the Naramata Bench are just a five-minute drive from Penticton, a beautiful town located smack dab in the middle of the Okanagan Valley (to give you an idea, Tinhorn Creek Winery is located about 20-minutes south of Upper Bench and Penticton). 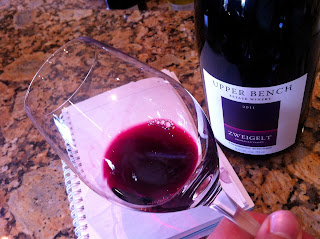 Gavin poured his 2012 Pinot Blanc and Shana served a plate of three cheeses: Kingcole, Gold, and Brie. I quickly fell in love with the Kingcole, a gentle blue cheese that had the perfect bite, as well as the Gold, a Upper Bench's signature cheese, a rich, semi-soft, surface ripened, washed-rind cheese with a whole lotta buttery flavor. 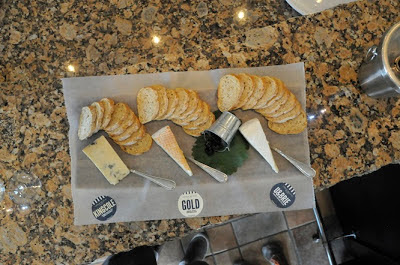 Gavin's wines showed off the Naramata terroir, and, among Upper Bench's excellent wines, my favorites were:
For a wine and cheese-tasting experience, visit Upper Bench Winery any day between 10am and 6pm. A tasting of four wines and two cheeses costs $5, and this fee is waived with the purchase of one or more bottles.

Portions of this article included information obtained during a press trip funded by the Thompson Okanagan tourism board.
Email Post
Mattie John Bamman
After more than a decade as a travel writer and restaurant critic, I moved to Maine with my wife to start a homestead. I created Ravenous Farmer to inspire others to live more sustainable and fulfilling lives.