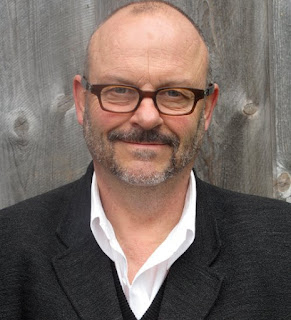 One of North America's most iconic chefs, Sinclair Philip has only worked in one kitchen, the kitchen at Sooke Harbor House, a 28-guestroom Vancouver Island resort that he took over with his wife, Frederique, in 1979. Ever since, the couple's cooking style has played a key role in defining British Columbia cuisine. American Gourmet Magazine even named Sooke Harbor House the "Best Restaurant in the World for Authentic, Local Cuisine."

Today, Sinclair and Frederique work with a team of chefs to put the bounty of Vancouver Island onto a plate. They have a year-round garden, and as divers and foragers, they have cultivated an intimate knowledge of rare berries, mushrooms and fish. The menus at Sooke Harbor House also regularly feature ingredients traditionally used by First Nations people.

1. How do you describe Northwest cuisine?

Broadly speaking, the term cuisine denotes a cooking style, but usually, it also implies a sense of tradition. Our region was historically home to local cuisines, but they differed from the more recognized cuisines of the world, such as regional Chinese; regional Italian, such as the two Sicilian cooking styles; regional Japanese; and regional French, since the latter stemmed largely from peasant agrarian societies.

In regions with recognized cuisines, dishes are characterized by a collection of traditional, typical recipes that have stood the test of time and are largely based on a broad adherence to the use of local ingredients. A sense of belonging is also attached to the idea of cuisine, where people share a common understanding of how and why the ingredients are put together and the story this represents. For cuisine to exist, there must be a feeling of shared values and customs among the people, an incipient sense of belonging or wanting to belong. The people of these same areas recognize the dishes and cuisine as their own, and outsiders also recognize these cuisines to be of that region. For dishes to become part of a regional cuisine, they must also be accepted in home kitchens. Of course, cuisines evolve and, as a matter of course, new ingredients and techniques are gradually absorbed into the cooking style alongside local ingredients.

In our region, in a very short period of time, we went straight from a hunter-gatherer to an industrial cuisine. Earlier food styles, whether First Nations, Native American, or early settlement, have largely disappeared, and today, our food style is primarily a globalized industrial model of cuisine with some regional characteristics rather than a clearly identifiable, regional cooking style based on a sense of our history, place and community. Many people in our broad region rarely cook and infrequently prepare their own food largely from raw ingredients. They often eat in their cars and in fast food outlets; they frequently microwave food from a can, a package or a freezer. Most of our food is manufactured, in part, or entirely, outside our home kitchens and takes little time to assemble or eat. Moreover, nearly half our calorie intake today comes from added fats and sugars, not from natural ingredients, and from ingredients from thousands of miles away. Our dining is very individualized, and our cooking is sometimes conspicuous for its stylistic chaos. Occasionally, it is a globalist mishmash without real relevance to the geography of our region. Meals based on ingredients from everywhere and pre-packaged food distribution are becoming increasingly the same in different parts of the world, as well as supported by thousands of advertising messages a year that are paid for by global food conglomerates. Our eating patterns, from very early childhood, are based not on customs, but on corporate profits and commodity pricing.

Throughout our wider geographic region, just to give a few examples, historically, some restaurants such as Higgins, Wildwood, The Shelburne Inn, Stone Soup Inn , Burdock and Co., Aurora Bistro, Bishops and others have succeeded in actively showcasing foods from their immediate environs. In Seattle, the Herbfarm has done an outstanding job of educating the public and serving the best food this region has to offer with spectacular results and reviews. Here on Vancouver Island, our restaurant, the Sooke Harbour House has been growing and cooking with sustainable Southern Vancouver Island ingredients successfully for nearly 35 years.

It is also encouraging that an increasing number of restaurants, such as Tojo’s in Vancouver and Camille's in Victoria, are serving more and more seasonal, regional, clean and ethically raised foods from their own areas and setting an example for other restaurants, one that home kitchens can follow. A similar trend is beginning to establish itself little by little in the Okanagan Valley. Rob Butters, Jeff Ven Geest, Jonas Stadtlander, to name only a few, are part of a new wave of chefs who increasingly understand the values and flavours associated with local ingredients. Many of these restaurants have helped promote regional consciousness and are building a local food movement, which may eventually lead to accepted area-based cuisines. Authors such as Don Genova on Artisan Foods of Vancouver Island; John Doerper with his series on Pacific Northwest Cuisine; Elizabeth Levinson in The Edible Journey; and Anita Stewart in Flavours of Canada, among many others, have worked to create awareness. Several excellent, regional journalists have also contributed greatly to the understanding of this place-based approach.

On some levels, many people are attempting to rebuild a cooking style that is identifiable with a given area, if only to ensure that we have farmers, ranchers and food artisans in the our region in the future. The decline in our farm population is frequently accompanied by a loss of farmland. The knowledge and skills required to restore our farms, rural communities, fisheries and foraged and artisanal foods are rapidly being lost. For farming to remain viable, the economics of farming need to be restored, and small food producers need our encouragement. Others are also trying to combat global warming by buying locally, since the production, transportation, consumption and wastage of food contribute to somewhere between 25 and 50 percent of greenhouse gas emissions.

By focusing on the re-localization of food production and purchasing, and encouraging smaller-scale production, cooks in the our region are learning to trust the food they eat again, and this helps to give people a renewed sense of belonging and commitment to a particular place, creating healthier communities and a fertile foundation on which a new regional cuisine can be built.

Regional cuisines tend to develop from local ingredients and the enjoyment that nearby populations derive from the delectable dishes. Heavy emphasis on the relocalisation of our food supply would be the first logical step in the creation of Northwest cuisines and, ideally, with an emphasis on purchasing small-scale, certified or non-certified organic produce from neighborhoods when possible at the peak of their flavour, ripeness and healthfulness. In addition to a deeper understanding of the quality of ingredients, their reward will be delicious food. We need to develop a sense of terroir and place, to reassert a regional identity and to create a new sense of community. Some initial groundwork has been laid, and there is still time to build a regional cuisine of our own. !

2. Who are six of your favorite purveyors that you regularly work with?

ALM Farm, Sooke— They supply an excellent selection of certified organic food to our restaurant year-round.
Tugwell Creek Meadery and Honey Farm, Sooke— They provide us with excellent meads and wildflower honey.
Moonstuck Cheese, Saltspring Island— They make excellent organic, raw Jersey Cow milk cheeses.
Venturi Schulze— They provide us with barrel-aged balsamic vinegar and excellent wine.
Local wild mushroom purveyors— There are many who supply us with more than 30 kinds of wild mushrooms year-round. I am one of them.
Seaflora, Sooke— On occasion, they, along with other foragers, supply us with more than ten kinds of delicious, edible seaweeds.

3. When you go out for a nice meal, what are two or three of your favorite spots?

The Herbfarm in Woodinville
Tojo in Vancouver
Zambris in Victoria

4. Who are two other Northwest chefs that you admire?

There are several Northwest chefs that I admire, and it is hard to narrow it down.
Andrea Carlson, Burdock and Co., Vancouver— She is highly creative; she has a very fine touch with fresh herbs and flavourings; and she has always made very widespread use of local ingredients throughout her career. She did an extraordinary job when she worked at Sooke Harbour House and at Bishop's Restaurant in Vancouver.

Chris Weber, the Herbfarm— He has quite a lot of flair using the ingredients of Washington and Oregon. He worked at Noma in Denmark, which I believe provides great technical and philosophical inspiration to the chefs of our region. Like me, he is an avid forager of wild mushrooms, which I believe connects him to our land and which gives him a direct familiarity with one of the unique wild foodstuffs of our region. He is a very young chef with a great future as an ambassador to the creative cuisine of our region. He has worked in this area for seven years, and there is no better place to learn the very best uses of the ingredients of a our region.

5.  In your opinion, is there an area of Northwest cooking that doesn't receive enough attention?

A. Geographically, I think that there are several chefs in Eugene-Springfield area that are worthy of our attention.

B. I think that far more attention needs to be given to the wild bounty of our region, whether it be First Nations' food stuffs, the vast selection of mushrooms and wild foods including under-utilised seaweeds, fish and shellfish, including freshwater crayfish.

6. Looking toward the future, what are you most excited to do in the kitchen?

We have as broad a variety of foods as anywhere else in the world. What excites me the most about this region is the extraordinary abundance of foods, many of which we rarely use, and understanding how to use them creatively.

Sooke Harbor House
1528 Whiffen Spit Road
Sooke BC V9Z 0T4
Canada
www.sookeharbourhouse.com
Email Post
Mattie John Bamman
After more than a decade as a travel writer and restaurant critic, I moved to Maine with my wife to start a homestead. I created Ravenous Farmer to inspire others to live more sustainable and fulfilling lives.