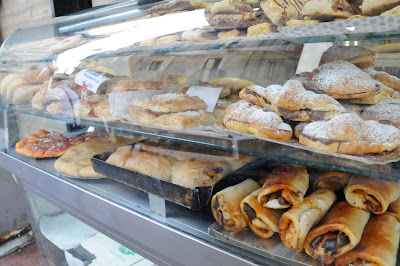 My little sister is running in this year's New York City Marathon, scheduled for November 1st. During her visit last week she was determined to not only eat pizza and biscotti in Naples, but to run daily for an hour or so. Obviously she had some difficulty fitting her training in sometimes, but one day, to prove her backbone, she ran up and down the Adriatic Coast while the rest of the fam lay around in the sun. The incredible part was that we'd all ridden 7 miles to the beach on bikes in the first place. Whew! 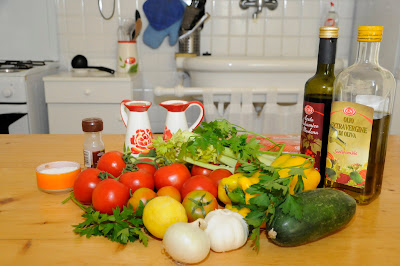 Running a marathon requires more than the ability to run 26.2 miles it turns out. To qualify for the marathon, for example, you must be able to run it in around 3 hours. These spots are saved for the world athletes like Brazil's Marílson Gomes dos Santos or England's Paula Radcliffe. The only other way to enter the event is to win by lottery--the odds of which are similar to winning at Powerball--or to run for charity. My sister has chosen the latter route, which is not free of pitfalls. 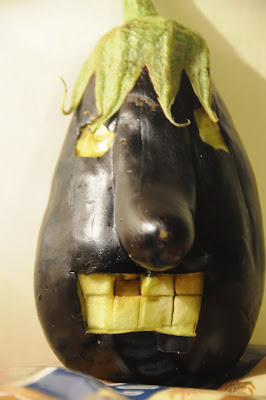 Running for charity doesn't just mean raising a few hundred dollars, it means selecting a charity from a pre-determined list and signing a legally-binding document that says that you will raise $2,500 dollars or else pay the total yourself. My sis is doing pretty well, but is only around the half-way mark. With one month left, she's juggling some serious responsibilities at work, extensive daily training, and the job of raising $1,300. 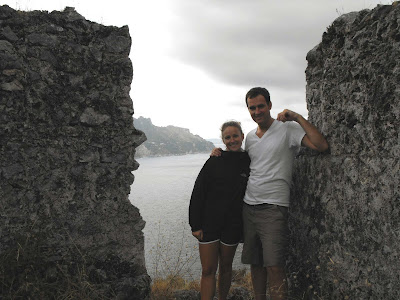 My little sister's done made me proud. Her determination has inspired me to hit the bike trails harder and more often. She's even convinced me to cut back on my wine intake in order to save a little to donate. If you've got a spare $20 and want to donate, just click here. Like my sister said, "If 5 people all donated 20 dollars...." Use her ING NYC Marathon entry #, which is 404328, and her last name: Bamman. The charity is Team For Kids, which donates money to schools in New York and South Africa for exercise-related activities and nutrition programs.

As for her wine diet, she kept it to a maximum of two glasses of wine a night, and refrained completely more than once. When I ran cross country in high school, I made it to state finals by staying out all night and drinking massive amounts of coffee in the morning. She's taking a more logical approach. If you have running experience, what's your wine regiment? Thanks for reading.

Unknown said…
I recommend the Italian diet to anyone in training. After returning to the US, having eaten roughly 12 pastries (including 5 filled with either cream or chocolate), 7 gelati, countless bowls of pasta, and a few bottles of amazing Puglia wine - I ran 16 miles this Saturday and was ready for more. I'm thinking perhaps Africa breeds some of the most decorated runners because of it's proximity to Southern Italy...
September 28, 2009 at 12:55 PM