A Good Martini In Italy? Forget It. 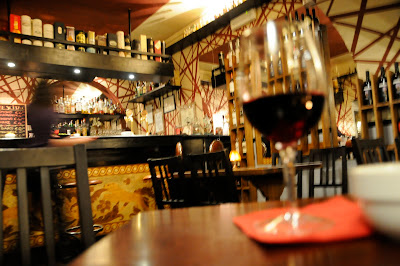 As I grow more familiar with Italian culture, many of the facets of Italian life that I once thought impossible have turned out to be true. When I visited my first bar in Rome and saw that very few of the people in it had drinks, I assumed it was a quiet night. Then I saw the same scene again and again; streets filled with people but nearly void of beverages. 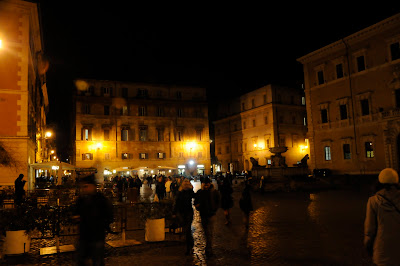 Later, I went to a friend's for a delicious, simple dinner of homemade pizza, and his friends were going on a beer run. Yes, I thought to myself, I've found a crew that likes to drink. They were taking orders and I said that I'd like two 66cl beers. "Just for yourself," was their exclamation. I said yep, and when they returned they had four beers total, and six people shared the two beers that I didn't drink--all by myself.

What finally proved to me that Italians do not drink was a little cocktail research. I was writing an article for EuropeUpClose travel guide about pre-dinner drinks in Italy, but all I could think of were wines, white vermouth, campari and soda, and the Negroni. I did my research and discovered that Italy has barely invented a single cocktail. This makes their wines even more important, but doesn't do much for you if you're from the mixology sector of the drinking world. 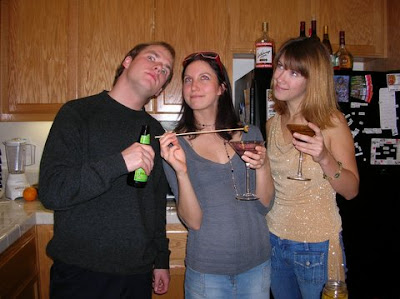 Now, the Negroni is one of my favorite cocktails, whether touted by members of elite art movements or not, but it's never going to replace the martini, and let me tell you folks, you're more likely to find fresh-squeezed banana juice than a well-made martini in Italy. The last one I ordered was 50% white vermouth, and served with two straws, a lemon slice, and one big ice cube. After reading one of the most touching and beautiful posts I ever read, written by Italian Wine Guy, I got an inkling that I wasn't the only person shocked by bad martinis in Italy.

So, as it stands, I'm glad to have found a Scottish drinking buddy for Friday nights. I'm equally glad that Italians have put some much of their alcohol-related creativity into producing impeccable wines.
Email Post
Mattie John Bamman
After more than a decade as a travel writer and restaurant critic, I moved to Maine with my wife to start a homestead. I created Ravenous Farmer to inspire others to live more sustainable and fulfilling lives.