This post has been a long time comin'. The two times that I wrote about Notarpanaro, I received comments from people who also adore it. After two years of wine blogging, this is the only wine that has received such powerful feedback. The trouble is, it fell out of the American market when the Taurino and its long-time distributor parted ways. Two readers wrote in and asked me if I knew where to find Notarpanaro, and this post is foremost a response to them.

Taurino Winery was the first winery in Puglia to import to the United States. It has been a symbol of the somewhat unknown and sometimes mistrusted region, standing for reliability. Its most basic red, the Salice Salentino Riserva, is an amicable tablewine. Notarpanaro, on the other hand, makes people sing, and it runs for about $19-22. This, in my opinion, is a seriously under-priced fine wine.

If you're having a tough time finding this wine, there's good news. The winery has picked up a new distributor, IMA Imports, and its wines are now being distruted in areas of the U.S. that haven't seen it in years. IMA Importants has recently given me a list of stores and winebars offering Notarpanaro in northern California, particularly around San Francisco. I've also seen the wine in stores throughout New England. New York City obviously has it covered. Please write in with any specific questions or opinions. 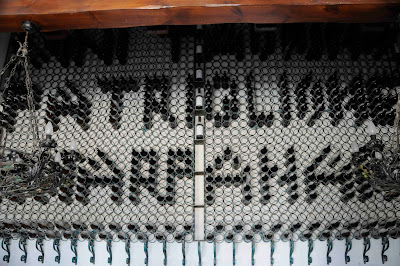 As always, if you really want a wine but don't see it on the shelves, make sure to mention it to one of the wine store employees. They can at the very least order it. 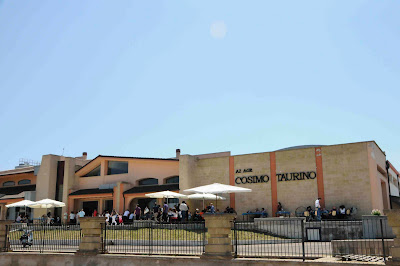 When I visited Cosimo Taurino winery, it was 2009 Cantine Aperte. It was a burning hot day in the south of Italy, and the winery provided its wines as well as traditional Pugliese food, including delicious polpette, aka mini meatballs. 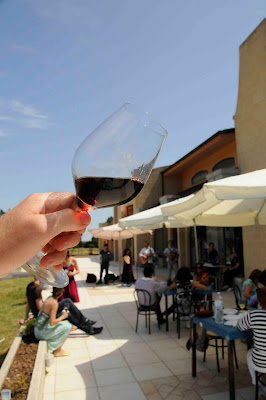 I was very happy to see all of its wines being liberally poured, including its Patriglione (the next step up from Notarpanaro, it runs 28 euro a bottle in Italy and hasn't made a dent on the American market). 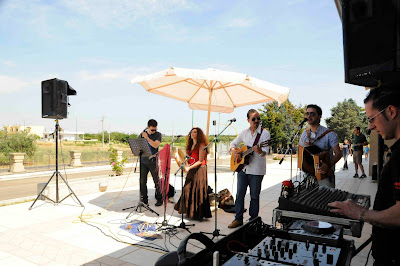 There was a band playing the pizzica (click here to hear the real deal). 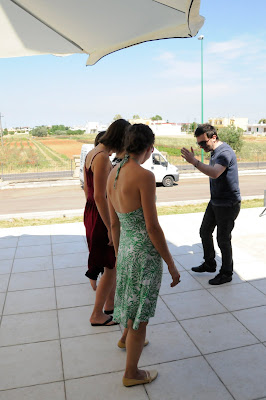 And they tried to make us dance. 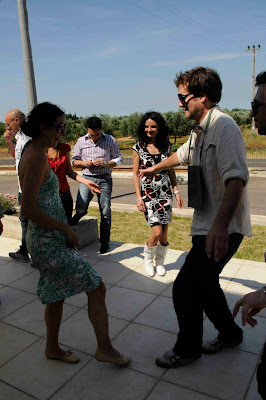 Unfortunately, my behavior helped prolong a common stereotype Italians have concerning Americans.
Email Post
Mattie John Bamman
After more than a decade as a travel writer and restaurant critic, I moved to Maine with my wife to start a homestead. I created Ravenous Farmer to inspire others to live more sustainable and fulfilling lives.

Hank Gruen said…
I tried the 2004 vintage of Notarpanaro at a restaurant here on the east coast. I was instantly hooked and ordered a case through my local merchant.

A case for $200! Sweet. On the west coast, Notarpanaro is now available in Fred Meyer supermarkets ($18). Rumor has it that Rosanna Taurino has taking complete control of the winery. I'd wish her the best of luck, but I know she doesn't need it.

Anonymous said…
Just came across a bottle of a 1975 Cosimo Taurino Notarpanaro. We will be opening it tomorrow. Don't know how it's been stored all this time. We are going to have an awful wine our an excellent vinegar.
February 2, 2013 at 11:01 AM