The future looks bad for our favorite grape varieties. Richard Black reports on the BBC that all of the grape varieties commonly used to make wine are overly susceptible to disease, resulting in the overuse of chemical treatments. Fun fact of the day:

"Seventy percent of fungicides used in US agriculture are sprayed in vineyards." 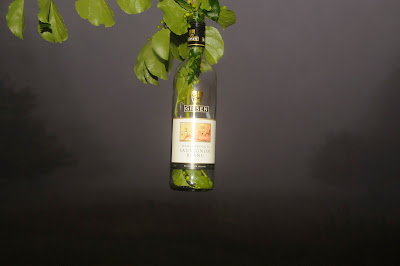 Scientists are thankfully against this overuse, and the wide use of fungicidal chemicals is going to stop in the near future. What happens when powdery molds and fungi - the parasites killed off using fungicidal chemicals - grow unchecked? Well, crops diminish. Wine production falls and prices rise. And ultimately, our favorite grape varieties will be replaced by genetically superior varieties invented in science labs.

The first challenge for enologists and winemakers will be discovering which of these new varieties will make the best wine. It takes four or five years for vines to mature. The second challenge will be to popularize these new varieties, which will have names that neither you or I have heard of. So much for the 5,000-year-old Vitis vinifera vinifera, the vine that gave rise to merlot, cabernet sauvignon, pinot noir, chardonnay, semillon, riesling, and so on. 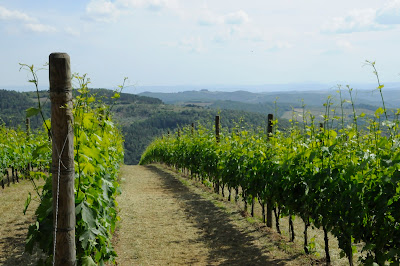 The BBC article does not say when all of this will happen, but I can see the future. What's with this delicious Zocklen Noir? Ah, a beautiful vintage. And, with notes of blackberry, it pairs well with rabbit stew.
Email Post
Mattie John Bamman
After more than a decade as a travel writer and restaurant critic, I moved to Maine with my wife to start a homestead. I created Ravenous Farmer to inspire others to live more sustainable and fulfilling lives.