Putting Napalm In The Wine Cellar

French Wine: Buy 6 or more bottles and get 1/2 off shipping with code "tun63"

From the Dispelling Myths About Aging Department

On and off I've contemplated the glories of constructing a wine cellar. Not just buying the bottles, but actually going through the process of creating one, a process that my friend describes as "napalming my bank account." But in this new world of wine, what's the point? It seems old fashioned. 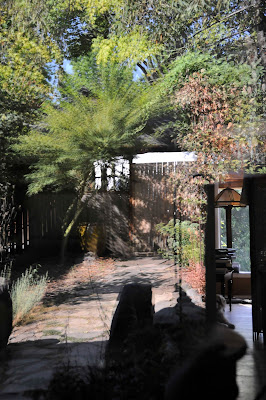 Unless you're super rich or a collector looking to make money, there's no reason to keep all those wines around. The majority of the wines made today are designed to be drunk young. Further, older wines can be found being sold at their peak. This appeals to my generation: a generation that moves every six months, that dwells in apartments without basements, who discovers, from time to time, that their wine rack has been demolished by their best bros who carried the party on after they'd fallen asleep. Most importantly, it appeals to those who like fresh flavors. 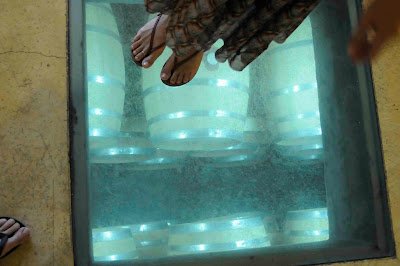 When I was twenty-three I tasted in Napa Valley and Sonoma Valley for the first time. At Ferrari Carano Winery, I got the chance to buy the white wine that began it all: the white wine that made me actually like white wine: Fiorella Chardonnay. As I paid, the tasting-room guy said, You should lay this down for at least two years. When I moved out of my San Francisco apartment two weeks later, I drank everything else, but I packed the Fiorella. In my new midget-sized apartment, which I shared with two guys in Duboce Triangle, I had a lot of parties. A lot. They weren't the kind where you drank Fiorella Chardonnay. Having literally no extra place to tuck away the bottle, I kept it in my underwear drawer.

When I sublet my apartment for a three-month trip to Italy, I had to find another hiding place. When I returned, I'd totally forgotten about it, and it wasn't until - months later - that I rediscovered the bottle. It was standing upright in a closet beneath a sleeping bag, two bar stools, a couple tennis rackets and a broken guitar case. That was it, I decided. I'm drinkin' this sucker. But my girlfriend had a better idea, and we drank it on my birthday with lobster in Healdsburg, CA. 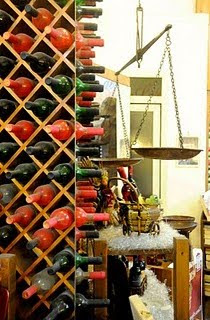 You could argue that that may have made it all worth it, and while you would be correct that's not really the point. The point is that we're hungry for great wine now. I could have bought the same vintage of Fiorella Chardonnay that day. The restaurant probably had it on its wine list. Further, there are really very few wines that are worth aging for more than 5 years, and they are well outside of almost everyone's budget. Why does the wine media focus on these wines? Are they like a 1961 Ferrari 250 GTO, a thing designed to make us drool?

Here's a quick list of wines that do not need to be aged 99% of the time:

Merlots and Cabernet Sauvignons only have to be aged some of the time. Many California and Washington producers produce Cabs that should not be aged more than 10 years. That means that these are designed to be drunk young. How's that for liberty?

Here's a relevant quote from San Francisco Gate:
"With the possible exception of Barolo, well-balanced Cabernets are the only non-sweet wines likely to be better in 15 years than they are upon release."

With that in mind, here are some wines that could be aged:

Well-balanced Cabernet Sauvignon, Burgundian Pinot Noir, Amarone, Barolo, Brunello di Montalcino
Email Post
Mattie John Bamman
After more than a decade as a travel writer and restaurant critic, I moved to Maine with my wife to start a homestead. I created Ravenous Farmer to inspire others to live more sustainable and fulfilling lives.