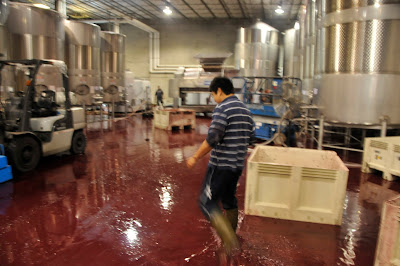 Yeah, that's a lot of wine.

During orientation, Vice President Rich Martinoff warned us that one overlooked valve could result in mayhem. We always checked that the six valves and two doors were secure before filling the winery's stainless steel tanks with freshly destemmed Pinot Noir grapes. This is called prepping a tank, and it would be a cellar rat's neck if something went wrong. Luckily, this never happened.

What happened was worse. 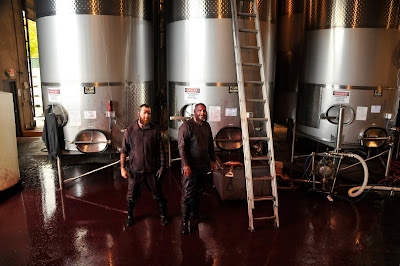 For some reason, pockets of wine developed inside the mountains of grape skins. In the previous Memoir post, I talked about digging out tanks, which involves draining the wine from a tank so that only the skins and seeds are left. Before you can open the doors of the tanks and dig out the 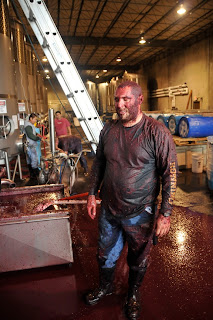 grape skins, you have to drain the wine from a side valve. Normally this goes smoothly, but because large pockets of wine got somehow trapped inside of the grape skins, huge floods of wine randomly exploded in three tanks this year. It happened like this.

At the time of the largest explosion, I was walking through the winery. All of a sudden, I heard the sound of rushing water. It sounded like a dam had broken. I turned and saw a small wave of wine (probably two inches high) rushing toward me from the far side of the winery. I ran around the row of tanks and saw five winery workers pushing with all their might against the door of the exploding tank. Wine gushed from the door in a massive wave about ten feet in diameter (think of a submarine movie, when everyone's trying to close a leaking portal). I had no choice but to hurl myself into the wave too. Eventually we closed the door, but not until half of the winery was flooded.

All in a day's work for a winery assistant. 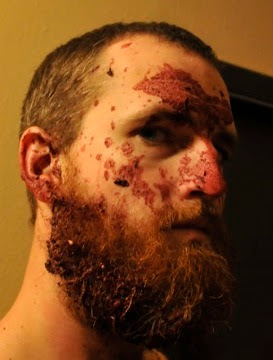