So far I've visited Dubrovnik, Split, and Sibenik, and the wines just get better. Even though some wineries have been operated for four generations or more, the wine scene along the Dalmatian Coast is relatively new. Today, Croatia's winemakers are defining the country's wine-making style, and, interestingly enough, they are all saying the same thing: We want to make wines that taste like no other. They want to stand out from the throng. 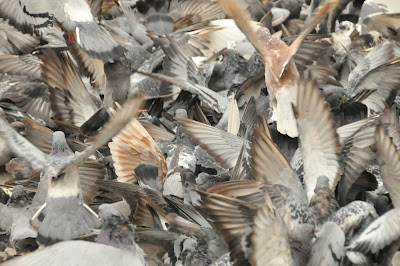 Amazingly, every Plavac Mali and every Debit wine that I've had has tasted unique, and there really aren't many grand, sweeping generalizations to be made in regards to a Croatian wine-making style. That being said, I do find that the wines made with the Plavac Mali grape (relative to zinfandel) tend to be very dry and minerally. I would also say that they are more Old World than New World. 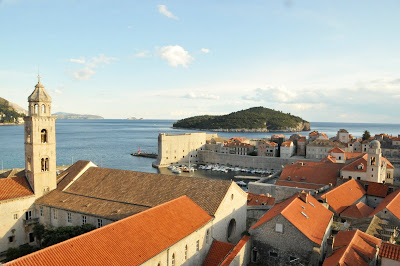 Wine production was controlled by the state when the Balkans were united as Yugoslavia. Tito did not allow individuals to make their own wine. Instead, cooperatives produced all of Croatia's wine. But everything changed with Croatia's independence in 1992. 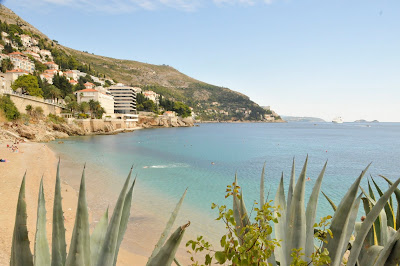 I've been lucky enough to drink wines that are exceptionally balanced, and I really like the wines made by Milicic, Matusko, and Bibich. All three wineries distribute their wines in the United States. Wine Enthusiast recently provided the following list of distributors distributing Croatian wines to the US: Blue Danube Wine Company, Vinum USA, Oenocentric, Katharine's Garden, Empty Glass Wine Company, Tasty Wine Company and Dalmata.

As a last note, I highly recommend trying the wines made with each of Croatia's grape varieties several times. Usually, if I try a wine that is made with a grape that is new to me, say Petit Verdot, I give it two chances. If I don't like the wines either time, I tend to assume that I don't like the grape. In Croatia, however, winemakers are experimenting with different styles, and the wines simply are not consistent. I drank three wines made with the Debit grape before finding one that I liked. In short, I recommend withholding strong judgment until the country has had more time to weed out the less innovative and sincere wine producers. In my opinion, there are great wines being made using the Debit, Posip, and Plavac Mali grapes.
Email Post
Mattie John Bamman
After more than a decade as a travel writer and restaurant critic, I moved to Maine with my wife to start a homestead. I created Ravenous Farmer to inspire others to live more sustainable and fulfilling lives.

Nice article - thank you for the coverage. Sounds like an amazing trip!

Just one clarification for your readers: Of the three wines you mentioned, only BIBICh is currently imported to the US. Milicic and Matusko are not (yet). But there are almost 50 labels from Croatia currently on the US market, and readers can find them from the importers you listed.

Unfortunately Portugizac is currently not imported to the US. But there are many other lovely selections to choose from!

There are no formal tastings planned for the week you are in NYC (you are missing one on Nov. 1 at Anfora wine bar in NYC!). I won't exclude random in store tastings that may pop up. Either way, you should visit Murray Hill Wines to stock up. And stop by Anfora anyway - they always serve Croatian wines by the glass. :)