I can't get no satisfaction.

Ever get that funny feeling... you know, sittin' at home or on the subway when something inside begins to rumble. What are my insides telling me you might ask. Am I hungry? Yes, of course, but it's not that. Sometimes I shrug it off and say, Hey, it's just one of those days. Sometimes I take a walk, but still, I can't get no satisfaction. 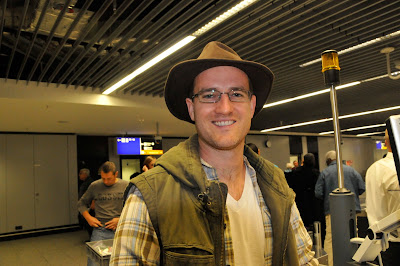 (Above: Photo taken by custom's guard in Frankfurt, Germany)

Life is rich. A friend took me to Mexico and taught me how to travel. I don't know how I would have found it otherwise (not that I wouldn't have). I think we traveled together for a month and I spent a total of $1000 with flight. That's when I figured out that budget travel isn't just a catch phrase. Whether it's Thailand (where you can live like a king for two to three months on $1000) or Italy, traveling to another country is a real possibility. Life is rich. I won't miss any of it. 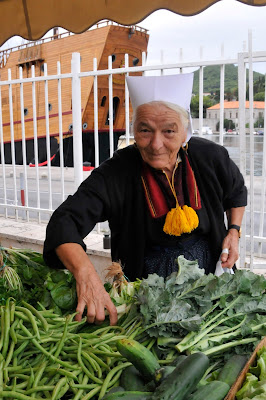 Over the next five weeks I'm going to post travelogue articles on EuropeUpClose.com that will focus on culinary travel through Croatia, Slovenia, and Italy. It's all about finding the best gourmet ingredients in those countries and eating the crap out of them. Just the other day I could have bought a decently sized white truffle for $30. What would that have cost in the U.S.? Probably the price of a plane ticket.

Check it: Eating the Adriatic, Dubrovnik Croatia
Email Post
Mattie John Bamman
After more than a decade as a travel writer and restaurant critic, I moved to Maine with my wife to start a homestead. I created Ravenous Farmer to inspire others to live more sustainable and fulfilling lives.