Complexity: A Ten Year Old Bordeaux... Did I Stutter? 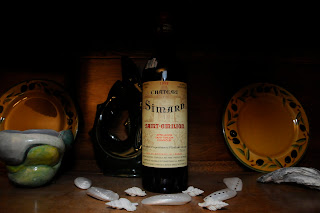 Thanks to the holiday season, I was able to try a ten year old Bordeaux. What had only seemed like a joke a few days prior - I'm serious, my girlfriend and I laughed out loud when reading Karen MacNeil's suggestion to drink such a Bordeaux to experience complexity - became a reality: I tried the 1998 Chateau Simard Saint Emilion, created by Monsieur Claude Maziere, the current owner of the Chateau Simard property, who prefers to age all of his wines at least ten years before releasing them. The wine taught me that the inability to fully grasp all of the qualities of great wine is itself a quality. Don't worry, I'm not getting existential, I'm just saying that not every experience can be put into words. 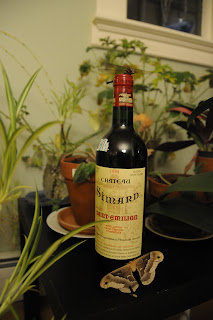 As a writer, this is of course alarming, but it serves to better clarify the concept of 'complexity' when talking about wine, and this nurtures my poetic sympathies. I wasn't born with a cellar full of aging Bordeaux, and I will accept that to some the 1998 Chateau Simard Saint Emilion is not top of the line. But for me, it was divine.

My girlfriend and I decanted the wine and let it sit for over forty-five minutes, and while this was sufficient, it continued to open as we drank it; allowing it an hour and a half or more is not a bad idea. With the Coq au vin simmering on the stove - we had actually butchered and skinned the chicken ourselves to get to know it better - we took our first sips.

Having an extremely loooooong finish, the wine's dryness actually made my tongue feel as though someone had gotten inside with a roll of paper towels and dabbed it clean; similar to water being dissolved from a just-washed cast iron pan over a burner. As I continued to drink, an unusual and unexpected thing happened: My notepad, which often fills up quickly, was left almost blank. The one thing I did write down, was How many drinks can evoke a place you've never been to? Yes, I was praising the wine gods. 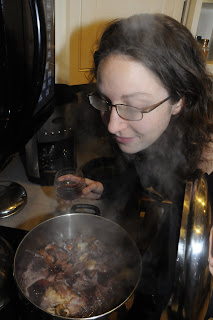 But more importantly, I was enjoying myself. I was soaring over the hills of France, reminiscing with my girlfriend about her father's trip there when he was studying to be a mime, and thinking about our own travels there, and our hopes to work on a French winery.

Having said nothing about the wine really, at that point in the night, I decided that I had stumbled upon the term complexity. "Complexity is not a thing but a phenomenon," writes MacNeil in her book The Wine Bible. "Unlike, say, jamminess or acidity, you cannot go looking for the thing called complexity." Up until this point, I had thought that a complex wine simply has a lot of things going on. It might be full bodied, with a long finish, and have a number of distinct flavors of fruit, herb, or earth. But now, I'm beginning to realize that complexity has nothing to do with distinguishing a wide variety of characteristics in a wine. Complexity is wine's encroachment on the ethereal.

A complex wine reveals wine's nearness to the fine arts. Like wood working, tattooing, and clothing design, wine making can result in something that takes us outside of ourselves and into a great space without having left our seats. The Chateau Simard just made me happy. And that, my friends, is what it's all about. Making me happy. Don't let anyone tell you differently. 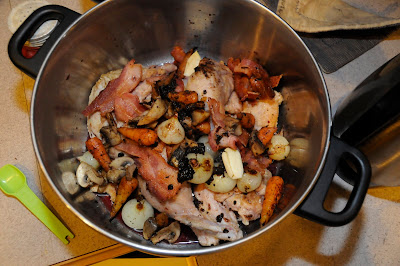 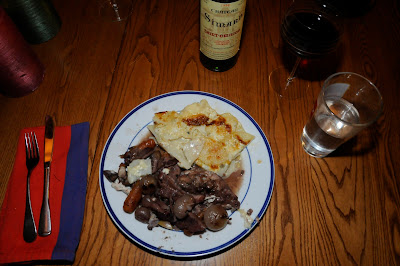 Natalie MacLean said…
Great blog! I’d love to hear your suggestions for wine and food pairings (especially for Bordeaux) for my online matching tool about half way down on my homepage:

nice blog...I was not sure if I should buy the Chateau Simard 1998, but after reading your review, I will.
We are in 2013 so I guess the taste as change a little bit, but I will try it tonight !