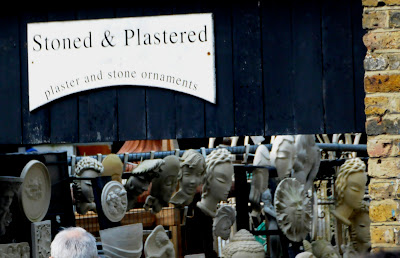 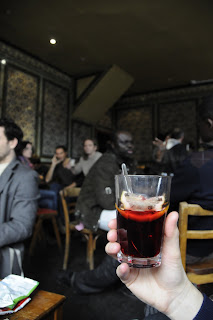 Ahh, the differences between American English and English English never cease to amuse me. Likewise, the differences between spirits and beer. One day, feeling a bit soft, we hopped into the bar that Jack the Ripper frequented. To warm up, we ordered three hot ports and a hot whiskey. The bartender filled the glass with hot water, poked five whole cloves into a lemon wedge, then poured out most of the water and added a large shot of port. The drink had the character of a strong mulled wine.

The real treat of England is their warm, flat beer. Prejudices be gone, the brew that would make Dennis Hopper's character in Blue Velvet "fucking puke" is actually quite lovely. The first sip seems wrong - where's the fizz - but once you get used to it, the flavors are unique and delicious. The fact that it's served at room temperature only makes it go down smoother. 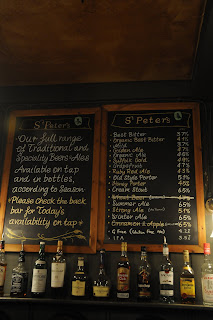 The Jerusalem Tavern had a long selection of unique beers and a very friendly bar lady who let me sample several before ordering. While the Grapefruit Ale, which did taste over whelmingly like grapefruit, was interesting, I stuck to the Golden Ale while the ancient sounds of London pub life flowed around me. 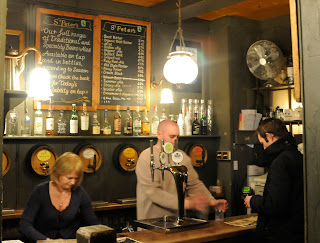