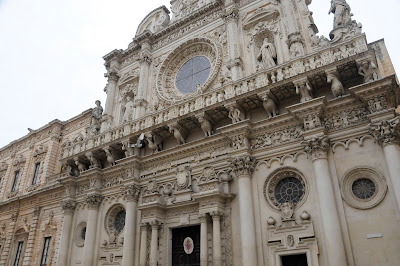 Today in Lecce, it's cloudless and the sun is bearing down. There's a thin haze along the horizon and a strong, cool wind. Puglia is making a name for itself, particularly in regard to terroir, thanks to a winning combination of several unique and totally contradictory environmental qualities. It’s kind of insanely awesome to consider all of the environmental factors affecting the grapes down here. Plus, a bottle of Pugliese wine displaying this powerful terroir usually costs only 5-10 euro. A beautiful terroir for that price? Who wouldn’t want to know about it? 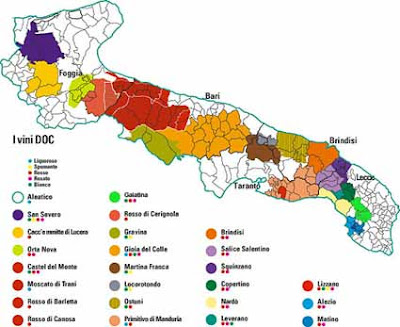 The Puglia region (above map found here), more or less the proverbial heel of Italy, has a dry Mediterranean climate, receiving over 330 days of sun every year. The northern half of Puglia is hilly, while the south is flat. Because it is only around 30 miles (48 km) wide, parts of Puglia have a climate similar to that of an island. It is its unique cooling breeze that keeps the sun-drenched grapes from rotting on the vine, and this is just one of the idiosyncracies that allow for the production of high-caliber wines in an area otherwise like the Arizona desert. 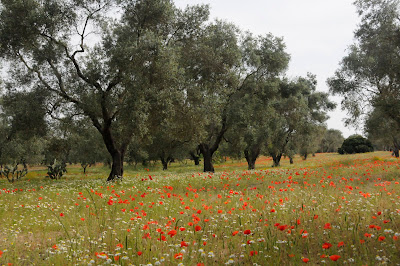 The Murge region includes the best-known DOC in Puglia, Castel del Monte, which has rocky, limestone-rich soil and numerous groves of oak and pine. It is a lush, green region, and some of the higher altitudes, some of which reach 1400 feet, get quite cool at night. Limestone meets darker soils here, which signify a higher level of moisture in the soil than in the south. 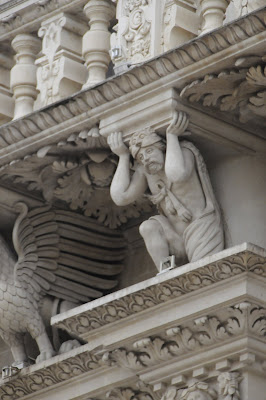 The Messapia e Valle D’Itria region, which is further south, is the origin of the Primitivo grape. The cool crosswind from the Ionian and Ageatic Seas begins to pick up here.

The southernmost region, Salento, has the most interesting environment, and not just because it's the region in which Lecce and I are located. At first glance, the area is very sandy, very hot, and nicely breezy. The soil is made up of primarily of moderately loose clay and is rich in iron. But there’s more beneath the surface: Piettra Leccese, or Lecce stone.

Famous among sculptors, Lecce stone (found nowhere else on earth) is very soft when excavated—which allows for the production of detailed Baroque sculptures and architecture throughout the city—but then dries and becomes very hard, viz. long lasting. This stone is a type of limestone, and below Salento’s surface lie extensive watercourses, which means that groundwater is deep (around 80 meters sometimes) but plentiful—a good thing for the olive trees and the grapes that grow here. Pugliese Winemaker Massimiliano Apollonio says that he’s unearthed “huge caves” on his vineyards. 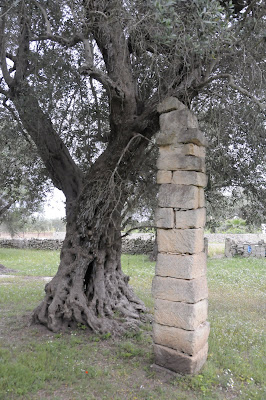 So, brilliant red clay, underground rivers, Lecce stone, mold-creating heat, and mold-fending breezes are just the beginning of the terroir in Puglia. Then there’s the helping hand of tremendous winemakers.

In my next post I will discuss some of the characteristics displayed by wines that have this terroir. But one last point, which I think it helps greatly, when thinking about terroir, to remember: Grapes and the land that they grow in are not two distinct things. The grapes are the land. In the best cases, so is the wine.
Email Post
Mattie John Bamman
After more than a decade as a travel writer and restaurant critic, I moved to Maine with my wife to start a homestead. I created Ravenous Farmer to inspire others to live more sustainable and fulfilling lives.

fabio said…
Great introduction, I am curious to know your in deep descriptions that will follow in the next post. I live near Lecce too and know the area of Salento. The terroir, in fact, is quite unique, it's like an island in the middle of the Mediterranean Sea. If you want to taste good Negroamaro wine, In my opinion you have to taste Salice Salentino Doc with these wineries: Cantele, Taurino, Leone De Castris, Candido and Cantine due Palme.
February 18, 2010 at 8:54 AM

Thanks for commenting! I've learned a lot more about the terroir since these posts, and I am a big fan of Salice Salentino, as well as the wineries you mentioned. I just tried Vallone's Grattaciaia last weekend, and it's one of the best wines I've ever drank (of course, with a pricetag to match). The winery harvests the grapes late, then dries them on mats. It is a similar method to Amarone. Take care---Mattie
February 18, 2010 at 9:02 AM