It appears that even People magazine is talking about the wines in Puglia. Of course, they appear alongside Maggie Gyllenhaal and Peter Sarsgaard who were recently married in the Italian city of Brindisi, but at least the editor decided include the name of the winery featured at the wedding, Castel di Salve (don’t think I’m reading People by the way—Kristin was kind enough to pass the knowledge along). 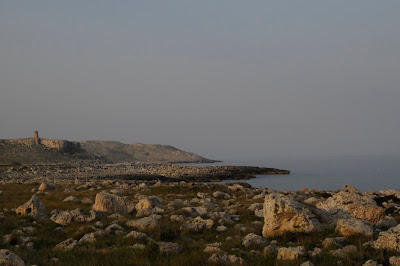 I have yet to taste Castel di Salve’s wines but I've been told that they have a beautiful winery and will soon report. Their photogallery offers a nice preview. The above is a photo I took of the coastline near Depressa, where the winery's located. The photos below show the state of Puglia's vineyards about a month ago, and I still haven't found out what they're doing. Can anyone tell me what the cloths are used for? As for Brindisi, the city and I have a rocky past, and I’m pretty sure than it’s primary claim to fame is being the dying place of the poet Virgil. However, Brindisi, itself a DOC, is surrounded by the Squinzano, Salice Salentino, Ostuni, and Moscato di Trani DOCs, which are creating powerful, and yet, inexpensive wines. (At the end of the post I have included a list of the primary grapes grown in each region.) 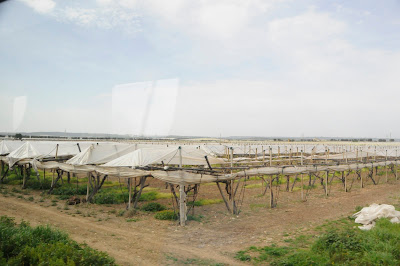 Having so many Pugliese wines at maximum accessibility has gotten me thinking about how one comes to have preferences. Sometimes, for example, when tasting at a specific winery it is important to set your preference sensors on high, that way you can figure out which bottles to take home and which to leave right there in the cases. However, more commonly, we do not necessarily choose our preferences. For example, we buy a bottle of this or that to take home for dinner and our selections are regularly based as much on that evening’s meal as anything else. And then, over time, we accumulate a small number of favorites. These wines were too good to ignore. Almost usurping our will, we think of their flavors, bodies, and finishes. And so, we are haunted in the most pleasant way by these wines, and we pray that we remembered to write down the name of the winery, the name of the wine, and the year.

That is how several select Pugliese wines have been for me over the years. When I first tried Soloperto’s 2001 Primitivo di Manduria in 2007, I couldn’t believe the 5.99 price tag that corresponded to one of the softest and most approachable wines ever. It’s Puglia’s ability to create juicy reds that are still dark, are still leathery, that really stands out in my mind. Too bad Soloperto's 2006 cannot live up to its 2001. 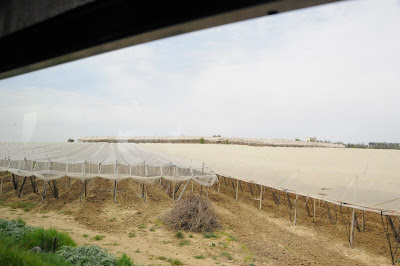 Though the Apulia Wine Convention gave me a tour de force, the local wines I drink regularly are more economic, making me wonder why America cannot have similar wines. Coppi Winery, which produces varietals of many of the best known grapes in the region, such as Primitivo, Negroamaro, Malvasia Nera, and Malvasia Bianco, consistently surprises me for its relative high quality in regards to its price. Sure, a little sweetness and several steps from ideal, but there is no equivalent to their wines in America. What I would like to see happen in the States would be a growth of inexpensive wines in the market. We are a beer and spirits nation but why not substitute the Budweiser 30 rack with a wide selection of $3 and under wines? Coppi, coming in at 1.99 euro, is only one of the many inexpensive wines around. La Cacciatora and Cantina di Casteggio both produce magnums (1.5 liters) for 3.50 euro. Mottura produces a very good Salice Salentino for around 2 euro. If it needs to come from Italy, then perhaps it should: Import these wines and you can still sell them for less than the wines of most United States.

And there’s still the untapped (pun intended) concept of sfuso. The stories our fathers and mothers have shared of driving down the road in Italy and coming up what looks like a gas station but, gasp, it’s not petrol coming out of those hoses! Every town in Italy has at least one wine shop that offers sfuso wine at around 1.50 euro a liter. Mine is Antica Masseria, which has a very good rosatto and Primitivo di Manduria for 1.30. So, why can’t we?


Squinzano
- Negroamaro
- Sangiovese
Email Post
Mattie John Bamman
After more than a decade as a travel writer and restaurant critic, I moved to Maine with my wife to start a homestead. I created Ravenous Farmer to inspire others to live more sustainable and fulfilling lives.