Last night I went to the Rosso di Sera wine festival in Monteroni di Lecce, an evening dedicated to the red wines of the Salento peninsula, featuring Negroamaro, Primitivo, and Malvasia Nera grapes (the Salice Salentino DOC was prevalent). After a few samples of wine I began to notice a not-too-pleasant commonality, a distinct, barnyard aroma. This wasn't true of a few wines--Cantine de Falco's "Falco Nero" Salice Salentino Riserva was complex and balanced and Antica Masseria del Sigillo's "Hilliryos"--but after a while I became quite concerned that the next wine poured would smell just like the last. The culprit was likely Brettanomyces bruxellensis, a yeast that is often responsible for the characteristics of Band-aidy, bacony, smokey, horse-saddley, and barn-yardy and even mouse-cagey and wet-doggy--Oh my. 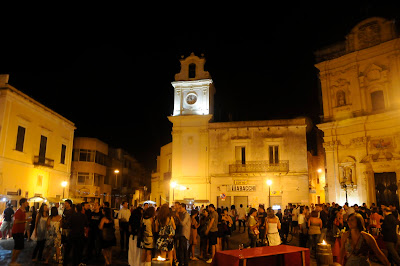 Bretts (plural because there are 5 types of brett) are found the world over, and some people consider it a flavor enhancer. Others find it gross. From what I can tell, bretts and Puglia are not friends. They rarely want to be in the same room together. Unfortunately, many of Puglia's wine-growing and storing conditions are sadly perfect for bretts. Here are some of them: 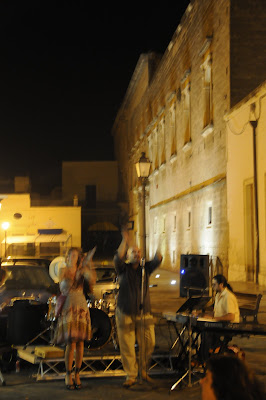 People either like or dislike the yeast depending on their palates, and while I sometimes like barnyard aromas, I don't want a wine that reminds me of a horse stable in mid-August. What really gets to me is that bretts are not indicative of a unique winemaking region but of a yeast that can appear in any wine and exhibit aromas and flavors that are similar the world over.

Bretts usually overtake a wine during wood barrel aging, when they out power Saccharomyces yeast and swap its flavors and aromas with their own.

What Puglia winemakers are doing about it:

Unfortunately, research shows conflicting results, and none of the above strategies are full proof. The number 1 thing that Puglia winemakers must do to prevent bretts is to make the environment of their wood barrels unwelcome to bretts infection. I've noticed that some wine stores in Puglia do not use air conditioning, and so the warm wine is susceptible to having their residual sugars spawn bretts. This should tip you off that you might want to purchase your wines elsewhere. 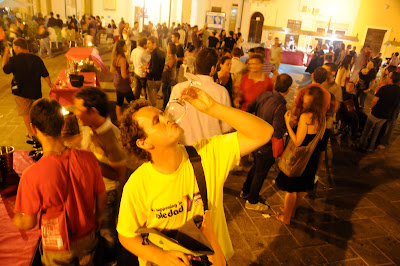 My friend Andrew is visiting from California. He grew up on a ranch and tonight he's cooking up a mean grill of beast. He is particularly thoughtful because he brought us a wine all the way from home to pair with the meal: Myriad Winery's Beckstoffer Dr. Crane Vineyard's 2007 Cabernet Sauvignon. I'm damn excited, not only because this cab comes from one of the best wineries in Napa Valley, but because it's been a long, long time since I've drank a good ol' California wine! I'll tell you all about it in the next post.
Email Post
Mattie John Bamman
After more than a decade as a travel writer and restaurant critic, I moved to Maine with my wife to start a homestead. I created Ravenous Farmer to inspire others to live more sustainable and fulfilling lives.