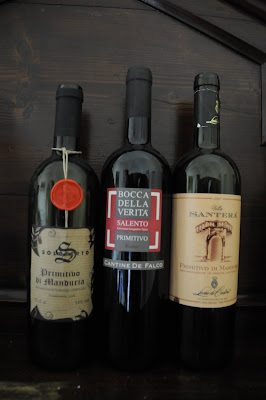 Cantine Aperte was an absolute blast. I report on it for i-Italy Magazine and as soon as they publish the article online I will post a link. While tasting the region’s best Primitivo I was once again reminded of just how different the wines are from Primitivo’s so-called cousin, Zinfandel. Sometimes DNA and a 14% alcohol content is all that you share with your relatives.

Terroir may be the major reason why referring to Primitivo as “being the same as Zinfandel” is blasphemy. California’s terroir is completely different, and wines made with Primitivo in Puglia sometimes have a sweet, thick quality that California winemakers would never go for. I don’t personally find this style of Primitivo appealing, but I can imagine others who would and I can imagine some flavor-intense dishes where these wines would perfectly clatter in with the shmorgesborg. Particularly spicy curries, roast duck with a red cherry compote, or lamb with a fig-balsamic reduction.

Many Puglia winemakers make Primitivo in a less sweet style and with an incredible softness, and these were the wines I appreciated at Cantine Aperte three days ago. This quality is called “morbido” in Italian and refers to a silky, satiny mouthfeel that characterizes Pugliese wines. The long, intensely hot growing season allows the dark grapes of the region to practically cook inside their skins, and this imparts smoothness in the wines. I was greatly impressed by the following Primitivo: 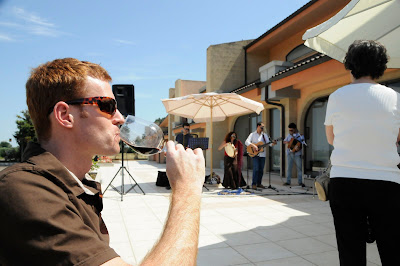 Zinfandels in California also have a wonderfully spiciness that few Primitivo are able to reproduce, not that Pugliese winemakers want to reproduce it of course. I am confused by the Pugliese wineries that are labeling their wines “Zinfandel.” I understand that it sells wine, but it just isn’t accurate. Researchers are still trying to figure out just how much of Zinfandel’s DNA is the same as Primitivo’s, and until we figure that out, I’m going to look at them as fourth cousins. 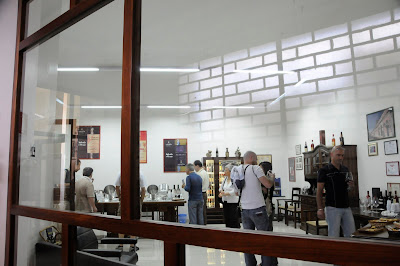 One last note, Cinzia and Marika just posted an informative article on Puglia’s Primitivo that describes the differences of the wines even within Puglia. Click here to read a local perspective.
Email Post
Mattie John Bamman
After more than a decade as a travel writer and restaurant critic, I moved to Maine with my wife to start a homestead. I created Ravenous Farmer to inspire others to live more sustainable and fulfilling lives.

Tim Teichgraeber said…
Very nice article. Very thoughtful and I agree with a lot of your descriptions of the differences between Primitivo from Puglia and California Zin. I haven't read the studies, but fairly thorough testing by U.C. Davis says Zin and Primitivo are genetically identical. I think some differences can indeed be chalked up to masal selections and differences in terroir. At any rate, people should rightly have different expectations. They're like twins with different personalities.
March 22, 2010 at 11:28 PM

Mattie John Bamman said…
I really appreciate the kind words. I'll be publishing a 2009 Puglia Harvest report on this blog on April 6th if you're interested.